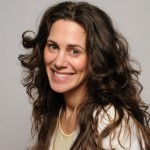 Let’s get one thing straight: If anyone could predict the future, we wouldn’t be in this mess in the first place. There were many smart people who gazed into the crystal ball a few years back and not only saw nothing, but doubled down on the Titanic (R.I.P. Portfolio). Smarter people, however, looked around at what was happening and bet on the future. This is the only model that will work in 2010 – because the future is here. The 2008 election was a giant distraction (did anything else happen that year?) but in 2009 all sorts of trends emerged, and diverged and/or converged. (Clearly, we’re on the verge.) Anyhow, it was with all of the above in mind that I made a few predictions about the New Yecade* for The Daily Beast today.

Check out what I have to say about Mash-Up Media, The Power of Niche, Undernews 2.0, and my personal favorite, To Hell With SEO! (yes yes this and this and this, but what SEO-slave puts “Yecade” in a headline?). Plus thoughts on bylines, brands and Boxee. Also, I am deadly serious about my last one, Grownups, You Need the Kids… and Kids, You Need the Grownups, which I’ve excerpted in part:

It’s true, and I’m tired of your bickering. Grownups, you’ve been in this business for decades, but the ground is shifting under your feet and if you don’t grab on to some smart 22-year-old, you’re screwed. Why? Because that 22-year-old grew up on the Internet while you were spending all your time working in some other quaint old-timey medium. So stop pulling rank and just say, “help me.” They will. And to you young punks who think you run this world—there actually are rules in this Wild West. Quaint old-fashioned conventions like transparency, attribution, confirmation, and accountability will matter just as much in 2010, maybe more now that the Internet is multiplying around us like Mickey’s broom in The Sorcerer’s Apprentice. And if you don’t get that reference, ask a grownup.

And then…I picked a side. So: am I a kid or a grownup? It’s a New Yecade – I can be anything I want. I just gotta be careful of how I use that hat. See below.