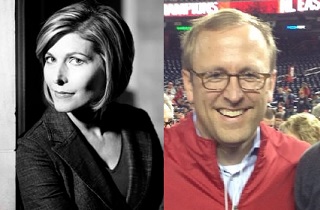 The dust has settled on the inaccurate email “summaries” that were passed off as real emails by ABC News’ Jonathan Karl and seemingly by CBS News’ Sharyl Attkisson, and the result is that both news organizations have issued a pass for this basic journalistic breach. Jon Karl put out a statement, sanctioned by ABC News, expressing regret for his source’s error, and characterizing his egregious misrepresentation that he “obtained emails” as a matter of clarity. CBS News’ official position, as of this moment, is that Sharyl Attkisson’s reporting included a disclosure that the emails were not really emails, despite the existence of a memo demonstrating the opposite.

A week ago Friday, ABC News’ Jon Karl reported on emails that he, and other ABC News anchors, said he’d obtained, that purported to show the process involved in developing the talking points on the September 11 attacks in Benghazi, Libya. Once CNN’s Jake Tapper actually did obtain a real email, and the White House subsequently released the actual email chain, Karl’s “emails” were revealed to be summaries, provided by a source, which contained invented quotes and significant omissions. Since then, both ABC News and Jon Karl have defended the reporting, and allowed only that Karl “should have been clearer about the attribution,” and that “ABC News should have been more precise in its sourcing of those quotes, attributing them to handwritten copies of the emails taken by a Congressional source.”

As any of Jon Karl’s colleagues, would likely tell you, the problem wasn’t a lack of clarity and precision in attribution, it was an overabundance of it. Jon Karl, and later, Martha Raddatz and Reena Ninan, were very clear that Jonathan Karl had “obtained emails” and “unearthed emails.” It’s on video. Raddatz and Ninan might take a different view of Karl’s decision to implicate them in his false reporting. That ABC News and Jonathan Karl refuse to apologize for this sends the clear message that such a breach is acceptable to them, as long as the results pan out. If those Republican sources had taken better notes, we would never have known that Jon Karl falsely presented them as actual emails, and as a matter of policy, we won’t know the next time this happens, either.

CBS News, meanwhile, still has not corrected, or had their reporter correct, their own reporting on the email summaries, despite the fact that their own Chief White House Correspondent has reported on the significance of the discrepancies between the summaries that Sharyl Attkisson appeared to report as authentic emails, and the actual emails. On Friday, CBS News Spokesperson Sonya McNair told me that “Sharyl has impeccable sources and her reporting on this subject speaks for itself.”

No reason for a correction or an apology, then.

Over the weekend, however, Mediaite‘s Noah Rothman obtained an internal memo that indicated Attkisson had included a detailed disclaimer in an early draft, which was subsequently removed from the final product, either by Attkisson or someone else. That draft contained the following note:

Note: *Emails were provided by the Administration to certain Congressional Committees for limited review. The Committees were not permitted to copy the emails, so they made handwritten notes. Therefore, parts of the quoted emails may be paraphrased.

That disclosure was apparently so important that, following Major Garrett’s report on the implications of the fabricated email quotes, Attkisson sent around an email to CBS News staff reinforcing it:

Just an FYI: The talking point draft emails read to CBS News last Friday were from handwritten notes, and the attorney source explained why they were not direct quotes and could not be represented as such, as I noted at the top of my reporting for important context (highlighted in red below).

Yet none of Attkisson’s reporting reflects that important disclosure. Neither Attkisson nor CBS News has corrected her original report, and Attkisson has not taken her name off of it, which can only lead news consumers to conclude that they stand by the report as it is currently published. Over the weekend, I followed up with CBS’ Sonya McNair on the email that was leaked to Noah, and she told me that she hadn’t seen it when we spoke on Friday, but stood by her assertion that Attkisson’s reporting speaks for itself. “I never said the disclosure wasn’t necessary,” she told me via email, “I pointed you to the areas where it was included in her piece.”

Attkisson’s only reaction to the leaked memo has been to confirm that her source “always represented them (the emails) as paraphrased, did not ‘doctor.'”

Only the leaker of that email seems to think people have a right to know that a conscious decision was made to omit that disclosure, and to later construct the notion that it had not been omitted. Sharyl Attkisson and CBS News have decided it doesn’t matter. You can still look at Sharyl Attkisson’s original report, and look for the disclosure that McNair says is there. In that report, Attkisson attributes other quotes to the following sources: “a senior U.S. intelligence official familiar with the drafting of the talking points,” “A senior administration official,” “another administration (official),” and “an administration official with knowledge of Nuland’s role,” none of whom are identified as the source of the emails, which were actually not emails, and none of whom could have been the source of the email summaries, since CBS has also reported that the source was “Republicans on Capitol Hill.”

This is journalism 101. Close colleagues of Jon Karl and Sharyl Attkisson have generously stopped short of directly pointing out this egregious breach. I’ll bet there is not a one of them who would tell you that this is acceptable behavior or that there is some nuanced debate to be had over what the meaning of a quote mark is, or that such a breach is worthy of anything other than a thorough and abject apology, and a bold-faced correction. For the non-reporters who insist this is no big deal, NYU journalism Professor Jay Rosen has a good explanation.

Separate from the extremely serious matter of passing off inaccurate email summaries as authentic is the notion that the discrepancies between the fakes and the real think don’t make a material difference. I can understand how Jon Karl and ABC News might dismiss the analyses of people like myself, or Rachel Maddow, or even Jay Rosen, based solely on their perception of our political point of view, and not the merits of those analyses. However, I can’t think of two more respected reporters in Washington than Jake Tapper, friend and former colleague of Jon Karl, and Major Garrett, Chief White House Correspondent for Attkisson’s own network. Each of them has reported that the discrepancies were extremely significant to the larger story. Garrett reported that:

“The White House released the real e-mails late yesterday and here’s what we found when we compared them to the quotes that had been provided by Republicans. One e-mail was written by Deputy National Security Advisor Ben Rhodes. On Friday, Republicans leaked what they said was a quote from Rhodes. ‘We must make sure that the talking points reflect all agency equities, including those of the State Department, and we don’t want to undermine the FBI investigation.’”

“But it turns out, in the actual e-mail Rhodes did not mention the State Department,” he continued. “It read ‘We need to resolve this in a way that respects all the relevant equities, particularly the investigation.’ Republicans also provided what they said was a quote from an e-mail written by State Department Spokesman Victoria Nuland. The Republican version notes Nuland discussing ‘the penultimate point is a paragraph talking about all the previous warnings provided by the Agency (CIA) about al-Qaeda’s presence and activities of al-Qaeda.’”

“The actual e-mail from Nuland says ‘the penultimate point could be abused by Members to beat the State Department for not paying attention to Agency warnings,’” Major said, adding “The CIA agreed with the concerns raised by the State Department, and revised the talking points to make them less specific than the CIA’s original version, eliminating references to al Qaeda and affiliates, and earlier security warnings.”

Garrett concluded, “There is no evidence, Scott, the White House orchestrated these changes.”

In Jake Tapper’s reporting on the difference between Jon Karl’s reporting, and the actual email that he obtained, he noted the following:

The actual e-mail from then-Deputy National Security Adviser for Strategic Communications Ben Rhodes appears to show that whomever leaked it did so in a way that made it appear that the White House was primarily concerned with the State Department’s desire to remove references and warnings about specific terrorist groups so as to not bring criticism to the department.

…Whoever provided those accounts seemingly invented the notion that Rhodes wanted the concerns of the State Department specifically addressed. While Nuland, particularly, had expressed a desire to remove mentions of specific terrorist groups and CIA warnings about the increasingly dangerous assignment, Rhodes put no emphasis at all in his e-mail on the State Department’s concerns.

ABC News and CBS News can disagree with those assessments, but they’re not disagreeing with Media Matters, they are disagreeing with two of the best reporters in the business. On that score, I find it curious that Howard Kurtz, who recently dealt with a similarly egregious error by facing a grilling on his own show, would agree to aid Jon Karl’s attempt at damage control, rather than convince him to stand up to questioning on Reliable Sources. He already had him on the phone.

Aside from the obvious journalistic concerns, here’s why I care about this so much, why I’ve written so much about it: broadcast network news agencies are the new media’s “Grey Lady,” the yardstick by which others’ journalistic standards should be measured. When they make mistakes, as everyone does, how they handle them sets the standard for everyone else. Jon Karl is a well-respected reporter with a long, distinguished career. Such a breach from a newbie, or some online opinion outlet, wouldn’t be nearly as important.

That’s the true irony here, one which I have yet to see pointed out. When Karl says he should have been “clearer” that he wasn’t actually quoting emails, he’s referring to this paragraph in his original report:

Summaries of White House and State Department emails — some of which were first published by Stephen Hayes of the Weekly Standard — show that the State Department had extensive input into the editing of the talking points.

Clearly, Karl makes no reference to a relationship between the summaries and his own reporting, but what’s interesting here is that Stephen Hayes, a columnist for a conservative magazine and website, is crystal clear about the source of his own reporting, even qualifying his analysis of that source (a report by House Republicans) by saying “If the House report provides an accurate and complete depiction of the emails…”

If ABC and CBS News want to continue to enjoy the trust and respect of the public, I believe they need to acknowledge these serious breaches, apologize for them, and correct them. Failing that, they are not just damaging their own reputations, and those of Jon Karl and Sharyl Attkisson, but the trust that every other serious reporter has worked hard to earn.