Change Comes To Those Who Do Not Give Up

Change Comes To Those Who Do Not Give Up 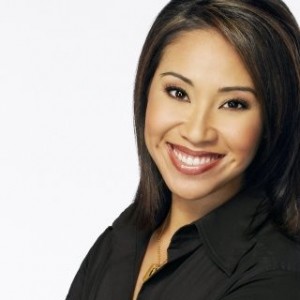 In light of the recent election of a Republican to fill the late Senator Ted Kennedy’s seat, the challenge of passing a sweeping reform bill to overhaul America’s health care system might appear to have gotten a little bit harder. But to those of us who view universal access to affordable health care as our most urgent domestic problem, it WILL NOT change our resolve.

According to the World Health Organization, the United States ranks a dismal 37th in quality of health care, far below other large nations (almost all of whom have some form of national health care coverage) and just below Costa Rica. In fact, we drop even lower on the report when it comes to “fairness” and “health level,” where our tolerance of discrimination against those with pre-existing conditions stands out as an embarrassing anomaly compared to other countries.

The Status Quo Is Not Good Enough.

On July 4, 2009, my brother Eric passed away after being denied private insurance for five years (read his story at www.ericslaw.com). It has broken my heart and my mother’s heart, and I am sad to report he is not alone. An estimated 44,000 people die each year in the U.S. because insurance was unavailable or inadequate to provide the treatment they needed. If you break it down, that’s an estimated 122 people who die every day because they cannot get in to see a doctor. And this is okay? Why do we continue to preserve a broken system that continues to fail the very citizens who make up and enrich the fabric of our nation? 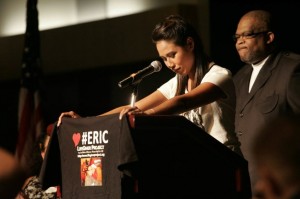 And it doesn’t stop there. Thousands of Americans are bankrupted by medical bills which are soaring out of control. It happened to my family, and it can happen to yours. Pay attention, the reality is that nearly every other industrialized nation has a better health care system, according to the WHO, than we do. Our health care costs are far higher than other nations, and yet our government pays a far smaller share (at 44%) of the nation’s total expenditure on health care than other countries do. I have been spending some time in France (which ranks #1 in health care according to the WHO) and have spoken with numerous French people who tell me this would NEVER happen in their country.

The bottom line is – America’s health care crisis is not a Democratic issue, nor a Republican issue. It is an American issue. And regardless of how the seats are filled in the House or Senate, all Americans have a right to expect this increasingly dangerous issue to be solved by their elected leaders.

What Choosing to Pass Health Care Reform Will Mean – to Politicians and to the People.

For politicians, namely the House Democrats needed to propel health care reform through this latest obstacle, the temptation to simply quit is obvious. But the benefits of doing so – silencing the political discord – will be temporary. To have worked on – and, most likely, voted for – some draft of health care reform over the past year, only to have NOTHING ultimately passed will surely be used against Democrats across the board. And their re-election hopes would probably be as dim as those of the last Democratic incumbents who failed on health care in 1994. 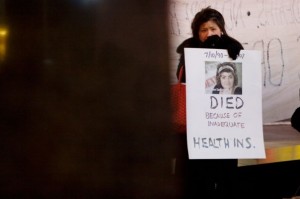 But should Democrats stand firmly (and, finally, united) behind an effort to get the Senate bill passed, those up for re-election this fall will immediately start seeing benefits delivered to constituents from what will be recognized as the most significant legislative achievement in decades. Things like an end to discrimination against those with pre-existing conditions, fewer insurance policy rescissions, the shrinking of the Medicare “donut hole” which translates into help for seniors, kids being kept on policies even after they graduate high school and until they are age 27 – well, these are all benefits that are REAL and would start IMMEDIATELY.

While many deliverables in the bill would have to wait, make no mistake that passing health care reform would begin improving people’s lives on day one. And doing so would at least ensure a majority of House dems a fighting chance at re-election they may otherwise not have, not to mention a lasting achievement that no one will ever be able to take away.

So, after an evening engaging in self-pity and finger-pointing over Tuesday’s election in Massachusetts, progressives and health care reform supporters everywhere must now regroup and face the road ahead. More specifically, they must face the fork in the road ahead. The choices now facing Americans who want better, more affordable health care are to:

1. Pass the bill before Brown gets seated: The simplest method, but it seems unlikely from a political standpoint and has already been discounted by many, as it would probably generate significant backlash and be viewed as an attempt to ignore the will of the electorate.
2. Look for a new 60th vote among Republicans: Not a single GOP Senator backed the Senate bill before and it seems unlikely that any would risk the wrath of the Republican party now.
3. Pass the Senate bill as-is: Perhaps the most feasible option, though the challenge here will be herding the needed votes among a fragmented majority in the House.
4. Package the Senate bill with reconciliation: Could address the issues in getting the Senate bill through the House, but could also be politically unpopular, despite the fact the Republican party used the process twice to handle the Bush tax cuts of 2001 and 2003.
5. Give up: In the end, this might be an even bigger political loss to swallow than to attempt any of the four options above.
6. Go with GOP Plan: Let me know when there is one.

As I write this, Democratic leadership in Washington is undoubtedly huddling to discuss these options and find a unified strategy. I hope to meet with some of those leaders in the next several days and remind them again of why it is so important not to give up and return to the status quo. 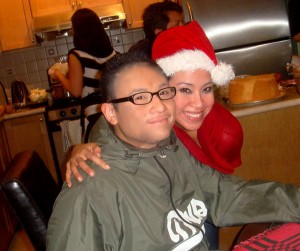 What Side of History Will Your Elected Official Be On?

I hope every member of Congress does some serious soul-searching today. By working to pass health care reform, as imperfect as it may initially be, they can make a life-changing difference to millions of Americans. The leaders who stand behind this mission will save thousands of people serious financial hardship and physical suffering every year, while ensuring higher quality care to millions more. And they may even save their political lives while they are at it.

No one ever said legislation was easy – especially if it creates fundamental change. Americans have a right to expect the health care crisis to be solved by leaders in Congress. But we must earn that right daily by demanding change. Loudly. Frequently. And persistently.

Since my brother died in July, I’ve been challenging our leaders in Washington, on both sides of the aisle, to be part of finding the solution rather than exacerbating the problem. Not next year, not in 20 years. Now.

Help ensure Congress does the right thing and finishes what they started. Call your representatives in Congress at 202-224-3121 and demand passage of health care reform now. You can also visit http://www.ericslaw.com and sign our petition and share your own health care stories, which will be delivered to all members of the House and Senate next week.