Concerned About Your Online Reputation? Beware Of Your Former College Classmates
column

Concerned About Your Online Reputation? Beware Of Your Former College Classmates 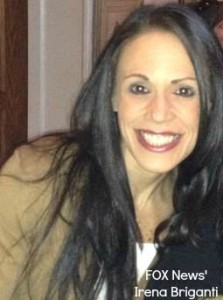 I was reading a New York magazine article titled, “Scrubbed,” which focuses on online reputation management. Writer Graeme Wood wrote a piece where he obsessively and quite creepily stalked out information on the whereabouts and activities of a former college classmate Samuel Phineas Upham, known as “Phin,” who was indicted by the IRS for tax evasion (and ultimately had the charges dropped).

Wood, who admits that he only knew Phin “slightly at Harvard” began prying into his life. Wood writes, “So as a taxpayer and a jealous prole, I watched his downfall with special interest, and even set up a Google Alert to keep abreast of developments.” Yikes. One tweeter called the piece “a deranged witch hunt of some guy he didn’t like in college.” And on and on it went…

Woods states that Phin employed an online reputation firm named Metal Rabbit Media and tried to track down various other people who may have employed the firm. I had no plans to post on this article until as the head of a media site one name popped out at me that was mentioned in it – Irena Briganti – the Group Senior Vice President of FOX News Channel and FOX Business Network. I reached out to FNC and learned that Fox News terminated their business relationship with Metal Rabbit Media for violation of contract. See below for that legal document. Furthermore, and for all those interested, a FOX News spokesperson, Dana Klinghoffer, pointed out that Irena’s public profile can easily be viewed and obtained on LinkedIn, FoxNews.com and FoxBusiness.com.

So, the moral of the story appears to be, along with late night party pictures, and those texts you “forgot” you hit send on in college, beware of the person you are sharing a room with.

You can read the full New York Magazine article HERE.