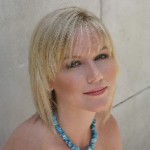 It was 70 degrees and serenely perfect this past Sunday as I marched alongside thousands of other supporters in the Equality March that consumed downtown D.C. A friend and I arrived via Bolt Bus around 11 a.m. and were shocked at the number of people already crammed together at the starting point on 15th and I. Clearly, the people wanted to send a message.

Though I’d never participated in a march before, I can say with reasonable confidence that this was probably the most colorful gathering of people to ever join together for the same cause (except for, say, Hallowe’en in the West Village). Rainbow flags, Mardi Gras beads, and glittery purple signs were ubiquitous; an audience with Lady Gaga lay ahead. Rather than the somber and festering mob I had expected, the crowd was really…happy!

“Somebody in their speech stated that there were upwards of 1100 ways in which the LGBT community is discriminated against. This is obviously 1100 too many. “

By contrast, friends who had attended the 9/12 Tea Party march last month said they had found the vibe negative, saying the gathering was fragmented — so many people marching for different reasons — but all against something, be it public healthcare or corporate bailouts. There was a lot of Obama-hate going on, which was definitely not the case here. Many were sporting tee shirts and pins with the Prez on them (and not the sort of Obama-is-a-Socialist gear from the Tea Party!) There was lots of hugging and picture taking and the message in the air was: “It’s Time.” Ironically, right as the march began, a very real and very vivid rainbow appeared in the sky. This was clearly a sign of support from God.

It had been a while coming, but we’d take it.

We had been receiving updates all morning via text from the march’s organizer, David Mixner, who’d warned us of the presence of conservative protesters. His message was to stay strong and focused on the cause. I didn’t know what to expect…a horde of screaming right winged midwesterners who would throw fruit at us? Christian organizations promising us an eternity in hell? Not so much. Instead, there were approximately six or seven middle-aged stragglers with cheap signs who meekly yelled “Sinners” as we marched past. My favorite was a very old little man with a megaphone who was berating us as though it was his last mission on earth, and at approximately eighty-five, it very well may have been!

SLIDESHOW: SCENES FROM THE EQUALITY MARCH

Two and a half hours later, we finally made it to the lawn of the Capitol where we were invited to join in singing the Gay National Anthem — which I had wagered would be “YMCA” but that was, of course, “Somewhere Over the Rainbow.” Next up came all of the speeches, which were all really powerful. Obama and Congress definitely have some work to do, and the message being heralded was loud and clear: DOMA and DADT need to be ended now. Acceptance is not equality.

Actress Cynthia Nixon‘s speech smartly broke down the psychology of the effects DOMA and DADT have on society: that they create a divide between people, separating us into “whole people” and “inferior people” categories, which in turn, of course, creates discrimination and hatred. Tanner Effinger, a former Marymount Manhattan College (or, as we called it: Fairymount) classmate of mine, thanked the crowd over and over and over again. I don’t think anyone realized just how solid attendance would be. People came from all fifty states, and were of all generations. There was great emphasis on this being a fight of the youth…which became abundantly obvious when Lady Gaga emerged to give her speech.

You’ve never heard cheering until you’ve heard the gays go gaga for Gaga. She called out to Obama, screaming “Are you listening? ARE YOU LISTENING?!” (He had given her a shout-out the night before, so hopefully he was.) She also said that this was “The single most important moment of my career.” A huge statement from such an über-celebrity who has millions of fans, both gay and straight.

Somebody in their speech stated that there were upwards of 1100 ways in which the LGBT community is discriminated against. This is obviously 1100 too many. The message is loudly, embarrassingly clear: Enough is enough! It’s completely humiliating and horrifyingly sad to live in a country whose leaders can pick and choose who gets rights and who doesn’t. And it’s not just about a separation of church and state, because there were plenty of people there to defy that tired idea. Good Lord! There were marchers who were gay Mormons. There were priests. There were ten-year-olds and there were ninety-year-olds. There were pregnant women. There were gays — and plenty of straights. There was every color person from every possible place.

There were thousands of us there, and thousands more who couldn’t make it but who agreed with our agenda. There is a whole new generation who wants reform, and it’s definitely coming, but it needs to happen NOW.

Obama, we love you. We voted for you. But we are tired of waiting.

Jesse Barton is a 25-year-old Manhattanite who has contributed work to SheKnows.com, Guest of a Guest, and worked as a beauty copywriter for the Santa Monica-based company Bennett Kreative. She has also worked as an actress and model and made appearances on several TV shows, including “One Life to Live.” She loves nothing more than lounging about eating Indian food in her new apartment in Curry Hill. Find her on Twitter here.