Get Wise To Gen Y

Get Wise To Gen Y 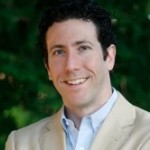 The media is re-inventing itself. A new media model or new firm seems to be launching every day. With new models, incentives, and people tomorrow’s media workplace will be very different from what journalists are used to. Boomers are on their way into retirement, Gen Xers are moving into senior management, and one of the largest cohorts ever — Gen Y — is flooding into the workforce.The next generation is re-defining the medium — and existing media managers need to be aware of what this change means.

So it was with great interest that I watched Dr. Karl Moore‘s TEDxMcGill presentation on “Postmodern Leadership”. Gen Y employees are thoroughly postmodern, clashing with their modern bosses in everything from decision making to processes to their need for feedback and coaching.

Gen Ys need to be heard. This can take time, which can be frustrating. But the decisions made will ultimately be better because of the input and knowledge gained. Gen Y is happy to have their managers make decisions as long as they have a chance to participate and to sometimes win debates.

Dr. Marshall Goldsmith, one of our partners at Rypple, is a big proponent of this approach. In his best-seller What Got You Here Won’t Get You There he suggests you take a breath before you speak, giving yourself time to assess whether your input adds value to your would-be listeners. This ties in to a central tenant of postmodernism: the rejection of a one, true, capital-T Truth in favor of a small-t truth dependent on the community in which we participate. Managers who hold onto their own viewpoint as the only possible Truth risk the loss of valuable insights and the disengagement and eventual departure of their Gen Y employees.

2. Innovation comes from the “periphery”

Dr. Moore suggests that innovation comes from differences, not homogeneity. Ideas arrive from the edges rather than the center. It’s worth it to build a diverse team because the periphery is often where the best insights will come from.

The land of cold, hard business treats emotion as the elephant in the boardroom (or newsroom) that no one wants to acknowledge. This approach is the oldest of old school. It abstracts people into unfeeling business machines – or “content producers” – and ignores our human nature.

Postmodern leadership doesn’t work that way. Gen Y wants an environment that encourages personal growth as much as business goals. They want to be engaged in their work, fully immersed in the flow of what they’re doing and rewarded by that feeling as much as by their financial compensation. Mihály Csíkszentmihályi calls this ‘flow’, a psychology concept completely focused on motivation. He speaks of a single-minded immersion that represents harnessing emotions in the service of performing and learning.

Boomers grew up in a period of economic growth and largely ended up sharing their parents’ goals: a house in the suburbs with matching BMWs in the driveway. That’s no longer the most important driver. The startup world understands this. Teams are as driven by the energy of being part of a startup that can change the (media) world as much as they are by the lure of equity.

Dan Pink covers this topic extensively in the forthcoming book, Drive: The Surprising Truth About What Motivates Us. He gave a great talk at TEDGlobal2009, in July, about the need for mastery, autonomy, and purpose:

Try these ideas at your new media start-up. As you re-invent the model for journalism, give your team the autonomy to experiment and the freedom to fail. Failing early and often is part of the successful startup’s DNA and it’s critical not to crush people when it happens.

Daniel Debow is a co-CEO of Rypple, a web-based service that is the best way to give and get feedback and coaching at work. Previously, Daniel was a founder and the VP of Corporate Development and Marketing for Workbrain, an enterprise software company. He holds a JD and an MBA from the University of Toronto and an LLM in Law, Science & Technology from Stanford University. He’s a huge music fan, plays the bass, and spends far too much time online. He lives in Toronto with his wife.