Harry Potter Meant Nothing To Me

Harry Potter Meant Nothing To Me 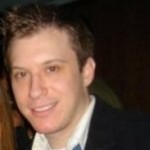 It’s not often that some fake character becoming really famous makes me feel old. But the popularity of Harry Potter has consumed me with an overwhelming feeling of being old-fashioned.

You see, I really know next to nothing about Harry Potter. He means nothing at all to me. Hearing that he’s popular was like a looking at a well-tiled apartment bathroom. You get the feeling that a good job might have been done but that’s the limit of the emotional or intellectual reaction.

So why does this make me feel old? Well, let’s face it. Potter was important to the kind of people whose memories of our public life is full of The Surreal Life, Jonas Brothers, pre-head-shaved Britney Spears and American Girl dolls.

I care about that stuff the way a guy storming the beach at Normandy cared about the Spanish American war. It’s more well-tiled bathrooms.

Now, I don’t speak ill of the fake fantasy characters. But I’ll make an exception: I’m pretty sure that if I did care about Potter, I wouldn’t like him very much. No good contrarian can like anyone known as a “Boy Wizard.” Also, I have no admiration for the fantasy world of J.K.Rowling, and I’m glad the series is coming to an end. If, as someone in the office sadly didn’t say today, we never see anyone like him again, I’d say that this state of affairs couldn’t have come too soon.

Reading a bit here and there about him has made me suspect I’d dislike him even more than that. From what I can tell in this ridiculously-in-depth, shameless link-bait by this site, he seems to have captured the lives of actual adults. It’s surprising to discover the strange resonance among adults, who throw around words like “Tonks” and “Muggles” during lengthy Potter-related meetings, for someone who spent his life performing a job that put his face on the bookshelves of millions of strangers.

I’m sure his fake family and fake friends will miss him, and if I knew any of them I’d be sorry for their fake success. And maybe I’d tell them to say thanks to Harry for me. Like I said, it’s rare that the popularity of a movie/literature character makes me suddenly feel old.