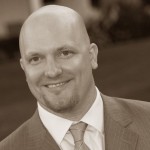 One click. One Million Dollars for Veterans. It’s that easy.

Iraq and Afghanistan Veterans of America (IAVA) is in the running to win a $1 million grant in the Chase Community Giving Challenge, a competition on Facebook. If we get enough votes to win, we’re going to use the money to bolster our work helping vets use the new G.I. Bill.

With a $1 million grant, IAVA will provide crucial resources and support to put college and a new future in reach for veterans.

A vote for IAVA is a vote for investing in our nation’s new greatest generation and America’s future doctors, architects, judges, businessmen, diplomats, social entrepreneurs and Presidents.

The competition is fierce – 100 non-profits are vying to win the grand prize, so every vote counts. You can vote for IAVA here.

After you vote, please take a second to tell your friends on Facebook, Twitter and email. And if you’re not on Facebook, please help us spread the word about the challenge.

It takes less than a minute, but it could have a big impact on veterans of Iraq and Afghanistan.

Thank you for standing with us.