How To Cover A Protest (Starting Today) 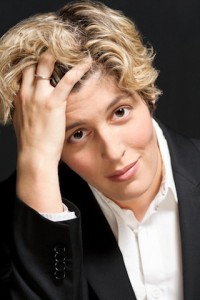 This week, thousands of Americans are descending on Wall Street to protest the fact that local and state governments (including New York) are cutting social services and firing teachers while failing to go after tax dodging by big banks and other corporations. This offers a perfect opportunity to educate the news media about how to appropriately cover such political actions and confrontations — not just abroad but right here, in our own backyards.

On March 7, 1965, Roy Reed of the New York Times wrote one of the many great pieces in the Times highlighting the injustice of racism and the bravery of civil rights protestors. As he described police forces in Selma, Alabama, descending on protestors with clubs, whips and cattle prods, Reed wrote, “The Negroes cried out as they crowded together for protection, and the whites on the sideline whooped and cheered.” With this reporting, the Times made very clear it was neither indifferent nor on the sidelines whooping.

Even now, as democratic people’s movements sprout across the Arab Spring, journalists are also helping give voice to the voiceless, using their pens and cameras to help lift up the stories of protestors who are being beaten down by the dictatorial establishment. The news media is molding global public opinion to stand on the side of the protestors.

But today, as Americans crippled by foreclosure and unemployment engage in peaceful, civil disobedience and protest against the very institutions of Wall Street that crashed their lives and our entire economy, where will the media stand? Because make no mistake about it, reporting is never objective. Any good reporter will tell you there are always at least two sides to a story and the media always has a choice of which version it will tell.

According to Allison Kilkenny, veteran protest reporter and co-host of Citizen Radio, the job of journalists is not to repeat the talking points of the establishment or status quo but “go where the silence is” and hold a microphone up to the voiceless. Bank of America can write their own press releases, thank-you-very-much. We need journalists to tell the stories of families facing foreclosure because of Bank of America’s sham loans and risk taking.

>>> NEXT: Four simple tips on how to best cover a protest