I Say Tefillin, You Say Phylacteries

I Say Tefillin, You Say Phylacteries 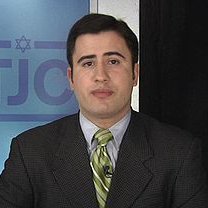 The so-called “Tefillin Bomber”, as Jews are enjoying calling him, is the news item du jour, given that panic arising from a 17-year-old Orthodox Jew’s so-called “strange” activities onboard a New York-Louisville flight freaked out surrounding passengers enough to have the plane diverted to Philadelphia…because they didn’t know that he was praying. That, of course, raises the question of just how to tell people what happened. Who knows what tefillin are, and how do you explain that to the masses?

The first stories to hit the wires reliably used the term “phylacteries,” a handy English word for the pair of leather prayer boxes and straps many Jews have been using in morning prayers for thousands of years.

But that begs the humorous anecdote: if they don’t know what tefillin are, they certainly won’t have any idea what a phylactery is. Interestingly enough, the reason almost anyone knows what a phylactery is is because Jews traveling with tefillin have been stopped by airport security for decades with the weird square items showing up on x-rays; to provide an explanation, one could simply say “oh, those are phylacteries, they’re used for prayer.” And the look of non-comprehension on the part of the security personnel was just part of the experience of traveling as an observant Jew.

Side joke: where do they make tefillin? In a phylactery factory, of course.

These days, perhaps due to the greater abundance of Orthodox Jews, security tends to know what tefillin are, even if they still don’t know the word phylactery. But even still, with Jews only 2% of the American population, and Jews who wear tefillin daily at best 10% of that, there are notably less than one million people — a third of a percent of the American population — who might ever travel with tefillin in their carry-on luggage (and of course, as Jewish parents have always instructed, you’ve got to take it carry-on; who knows what perils might face your tefillin if you check it?). It’s worth noting that it’s a lot easier to get through security without any trouble in New York or Miami than, say, Houston.

Which is why you’ve gotta love the fact that the New York Daily News ran “tefillin” in its headline. Note they didn’t use the word “phylactery” at all, and came up with a new term, “prayer box,” that calls to mind images of Native American dream catchers.

I certainly never thought the day would come that Google News would return more than 1,000 results for “phylacteries.”

It’s telling that an Israeli newspaper is the one running with the headline, “Phylacteries Mistaken As Bomb Cause Jet Trouble.” Some news outlets have no idea what’s flying, declaring that “Phylacteries and Tefillin Cause Bomb Scare,” as though a plague of multiple types of ritualistic leather amulets is descending on our culture. The Philadelphia Daily News plays it safe, running an article headlined, “What are Tefillin?” Daily World Buzz acknowledges the inherent confusion by playing it even safer: “What
is Tefillin or Phylacteries” is their head. 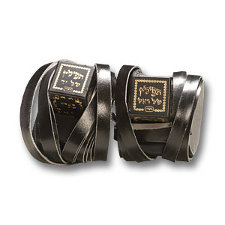 And in China, they just give up: “Misunderstanding Causes US Airways Flight Diverted to Philadelphia.”

You’ve gotta love the New York Times’ approach, though, in setting the whole issue aside: “A Flight Is Diverted By a Prayer Seen as Ominous.” It’s very Times-ian.

It’d be interesting to know if the TSA has any guide showing tefillin and saying “yes, these come up a fair amount, but don’t worry, they’re only worn by defenseless yeshiva boys — oh, and they’ll try to explain them in English using a word you’ll never understand.”

And on the topic of defenseless yeshiva boys, how happy are they right now that the phrase “tefillin bomber” is part of the vernacular? For these hunched-over, glasses-wearing, vitamin D-deficient, white-shirted young men, there’s finally an idea of them as not to be messed with; it’s the fulfillment of a McLovin-ization of their Seth Rogen-ated dreams. And they even come off tougher than the latest terrorist: “tefillin bomber” sounds much more manly than “underwear bomber” (which sounds even worse when it’s abbreviated to “undies bomber”).

This is tefillin’s moment to shine.

Of course, the illusion of toughness is broken when the tefillin bomber’s grandmother, who was waiting for him at the airport, is quoted in newspapers around the globe explaining what happened, or the fact that his rabbi calls him “a good boy.”

And then the rabbi hit the nail on the head by declaring “You can’t expect the whole world to know what this ritual is all about.”

And indeed, you can’t. Despite the many messages on Facebook and Twitter asserting that everyone should know what tefillin are because of “Yentl,” it’s quite clear that tefillin are about as well-known in this country as, well, phylacteries.

Steven I. Weiss is Director of Original Programming & New Media at The Jewish Channel.