It’s Ok, Guys: The Centers For Disease Control Has Officially Denied The Existence Of Zombies 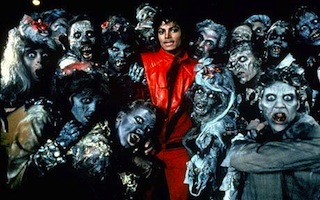 Hey, remember back in early 2011 when a bunch of birds died and the news media began to seriously have segments questioning whether the apocalypse had begun? Yeah, that was absolutely ridiculous. Well, it doesn’t seem like anyone learned anything from that and now we are still having news stories about a zombie epidemic sweeping the country. Fortunately, the kill joys over at the Centers for Disease Control have clarified that, no, we do not need to start barricading our windows in some kind of struggle that metaphorically represents racial unrest against monsters that metaphorically represent consumerism. At least not yet.

For those of you that don’t follow stupid slow news day memes, this all began just a few days ago when a Florida man apparently high on bath salts was shot while eating a homeless man’s face. This set off a rash of articles while, just like in the dead bird case, intrepid reporters desperately began searching through police blotters looking for any stories that could, through clever headlines, be tied to zombies.

It’s gotten bad enough, that the CDC (who I imagine is now really regretting their jokey zombie preparedness package from a few months ago) has been forced to comment on it, giving a statement to The Huffington Post:

“‘CDC does not know of a virus or condition that would reanimate the dead (or one that would present zombie-like symptoms),’ wrote agency spokesman David Daigle in an email to The Huffington Post.”

Ok, is this done now? I know the news has been a little slow (Jesus, we all talked about Donald Trump for a day), but even disregarding the fact that we’re making jokes about real people whose lives have been ruined or worse, this is kind of silly. Yes, this writer has had a little fun of his own, but lets move on now.

I mean, come on. If you really want to write an article about an emotionless monster with no connection to the rest of humanity, just write about Mitt Romney.