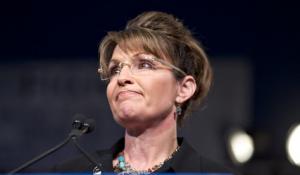 “THE RATE at which a person can mature is directly proportionate to the embarrassment he can tolerate,” said the great American inventor, Douglas Engelbart.

REALLY? Well, I hate to disagree with a famous brain, but if we were to take Mr. Engelbart at his word, the entire GOP (especially since the election of Barack Obama), its lily-white offshoot, The Tea Party, and “politicians” such as Joe (“You lie!”) Wilson, Sarah Palin and Christine O’Donnell should be very mature indeed. Not!

Actually, the aforementioned are without shame and without the slightest sense of embarrassment.

Ms. O’Donnell, running for a senate seat in Delaware, was not embarrassed in the slightest last week when an audience gasped over her questioning of what is in the First Amendment. Indeed, she was as insanely chipper as ever, smiling and giggling. This woman cannot be embarrassed. She doesn’t have that personality chip. However, we can help her by stuffing straw into her head, if the Wizard won’t give her a brain. (One would think a person running for the Senate might have perused the Constitution or the Bill of Rights. Just in case.)

Likewise Sarah Palin is beyond being reproached. She is a far more prickly character than O’Donnell, however. (Christine is like a lobotomized cheerleader.)

Sarah won’t be embarrassed, but she will be annoyed. And once annoyed, her fake folksy-ness falls aside. You don’t want to run into Sarah Palin on a dark tundra.

Nothing is ever Sarah’s fault, she is never wrong. Only the evil liberal “elitist” press can be blamed for any public mishap. (Question: Does it ever occur to famous conservative politicos and TV talking heads that they, too, are “elitist?” -– highly paid and beyond the cares of their constituents and/or audience?)

My goodness, Sarah Palin quit her job as governor of Alaska because it was “too tough” for her to deal with criticism. She couldn’t do her chores properly. But … she wants to be president? Given Sarah’s point of view, President Obama should have quit within 48 hours of taking the oath of office.

As of this moment, the ex-governor’s pretty daughter, Bristol Palin, is still twirling her way through “Dancing With the Stars.” If Bristol was voted off the parquet too swiftly, those liberal execs at ABC-TV would have to take the blame. You know -– she coulda been Ginger Rogers had the Left not sabotaged her. It was a plot, you betcha.

Watching what’s happening to the American political process right now is akin to a 50-car highway pileup. You can’t look away. And sick as it might make you – you want to find out the body count, too.

Some people kvetch and geschrey (sp?): “I can’t stand it, I want to die or leave the country!” Not me. I love America and I want to live at least another 87 years to see how it all turns out and if it turns around. And how many times it will turn around.

As for Ms. O’Donnell, I suppose she will make a perfect running mate for Mrs. Palin in 2012. The shameless leading the unembarrassed.