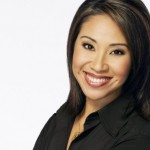 It is with the heaviest heart and through many tears that I share this story. My fight for health care reform is a personal one, and one that I feel I need to share.

On July 4, 2009, I lost my brother and my only sibling Eric Alexander De La Cruz. He passed away while awaiting a heart transplant. Five years ago, he was diagnosed with severe dilated cardiomyopathy, a weakening of the heart that prevents it from pumping normally. Since then, we had tried to get Eric insurance coverage that would allow him to get the treatment he needed, but no private insurer would offer him insurance because of this preexisting condition.

Medical bills have bankrupted our family. My mother even shared her own heart medication with Eric when he couldn’t afford it.

My brother and I grew up in Northern California and, though we were a couple years apart, we were always very close. As kids, we spent all our time on the ice at the local rink. Eric played hockey, while I trained as a figure skater. 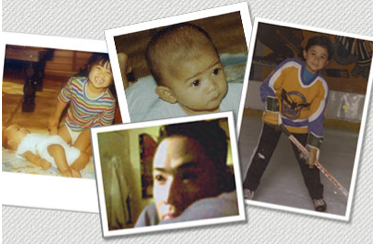 As adults, we remained best friends, talking and joking on the phone or over e-mail. We loved trading music and would always keep each other up to date on what was happening in the world of hockey or figure skating. Eric loved the Ducks, and it would crush him if they didn’t win. He was a talented artist, music producer, and designer. Most of all, my brother Eric made me see that there is more to life than work.

When Eric’s heart condition was diagnosed, our lives changed forever. This past May, his kidneys began to fail and doctors told me only a heart transplant would save his life. Since he was young and otherwise healthy, I thought our chances were excellent.

But Eric did not have the luxury of insurance coverage provided through his employer. His only insurer, state Medicaid, wouldn’t cover the out-of-state operation Eric needed. He was denied federal Medicare — twice.

Eventually, when we finally did get federal coverage for Eric, the hospital still demanded private supplemental insurance to help cover the huge expenses. Again, Eric’s preexisting condition became a factor in trying to secure that supplemental policy. We were told we might still have to come up with nearly a million dollars.

Medical bills have bankrupted our family. My mother even shared her own heart medication with Eric when he couldn’t afford it. With Eric’s health deteriorating, and feeling desperate, I began relying on the kindness of strangers. 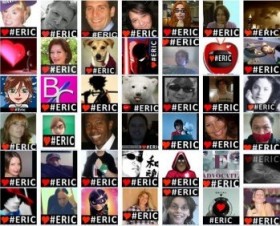 In May, I started talking about Eric on the social media network Twitter. To my amazement, complete strangers started to come together in support. Within a week, hundreds of donors had raised $6,000 and Eric’s cause was being promoted by celebrities like Demi Moore, Alyssa Milano and P. Diddy. Those willing to champion Eric’s fight for his life soon numbered in the thousands. Popular bands Nine Inch Nails and Jane’s Addiction, as well as professional skateboarder Tony Hawk, helped put fundraising into overdrive. Altogether, “Eric’s Twitter Army” raised nearly $1 million in a matter of weeks.

In June, Eric was moved to a California hospital, where he was put at the top of the heart transplant list. It was a happy time for us and we were busy planning for the future. We were looking forward to doing normal things together, like walking his dog Chance and finally getting on the ice again. And every day, I took time to assure him that everything was going to be okay.

But sadly enough, doctors informed me the fight would be hard. In fact, they pulled me aside to say, “You guys got here two years too late.” They explained that Eric’s battle for a heart should have started two years earlier — back when we were trying to secure insurance coverage and one by one each insurance company was saying no. The day my brother passed away I promised him I would do two things: take care of Mom and his dog, and try my hardest to change the health care system. I sat by his bedside crying, promising that I would do everything within my own power to make sure that no one suffered again needlessly, the way he did. 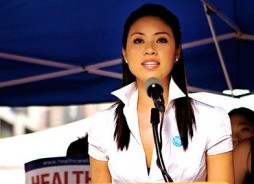 Still deeply mourning my brother, I’ve been trying to fulfill those promises. In August, I flew to Washington, D.C. to lobby Congress for health care reform, arguing that coverage must be available to all, even to those with preexisting conditions, and that insurance companies must be prohibited from dropping sick patients.

At private meetings with lawmakers, I detailed every painful step of Eric’s battle. It was emotionally draining, but I wanted every single member of Congress to hear his story. I’m also starting a foundation to raise more funds to help others in Eric’s situation, and my mission is to mobilize as many people as possible to help prevent other tragedies like his from happening.

My brother’s inability to get adequate health insurance has had a devastating impact on my life. It’s broken my mother’s heart and has sent the lives of other friends and family members into a tailspin. Being excluded from the health care system because of a preexisting condition robbed my only sibling of his fair chance at life, and it robbed all of us of his gifts, talents and love.

Health care reform may come too late for Eric, but I hope it will come in time to help thousands of other families who may otherwise also lose loved ones simply because private insurance companies choose to turn away the sick, leaving them with no other options. Helping to bring about the day when everyone has the right to health insurance will be my brother Eric’s greatest gift, so please, do your part.

The House is voting today on this historic and important legislation. Let’s hope they listened. Health care is a basic human right, and should no longer be looked at as a privilege.

Veronica De La Cruz is a former CNN TV journalist currently focusing her efforts on the fight for health care reform in memory of her late brother Eric. This post was reprinted with slight modifications from the Huffington Post.