New Study: ‘People At The Extremes Are Happier Than Political Moderates’

New Study: ‘People At The Extremes Are Happier Than Political Moderates’ 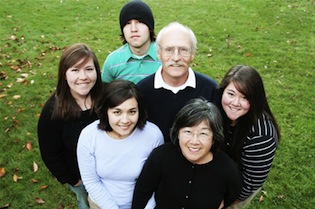 Arthur C. Brooks, author of Gross National Happiness, explored how peoples’ political beliefs influence their happiness in a New York Times column Saturday, and revealed that conservatives are happier than liberals, although he points out it could have more to do with demographics than which cable news channel someone prefers.

“Scholars on both the left and right have studied this question extensively, and have reached a consensus that it is conservatives who possess the happiness edge,” Brooks wrote. “Many data sets show this. For example, the Pew Research Center in 2006 reported that conservative Republicans were 68 percent more likely than liberal Democrats to say they were “very happy” about their lives. This pattern has persisted for decades. The question isn’t whether this is true, but why.”

The happiest conservatives were also the more extreme, Brooks said, but the same held true for those who considered themselves extremely liberal. Moderates on either side of the spectrum aren’t as happy, which is unfortunate for Brooks, who considers himself an independent.

“People at the extremes are happier than political moderates,” Brooks wrote. “Correcting for income, education, age, race, family situation and religion, the happiest Americans are those who say they are either “extremely conservative” (48 percent very happy) or “extremely liberal” (35 percent). Everyone else is less happy, with the nadir at dead-center “moderate” (26 percent).”