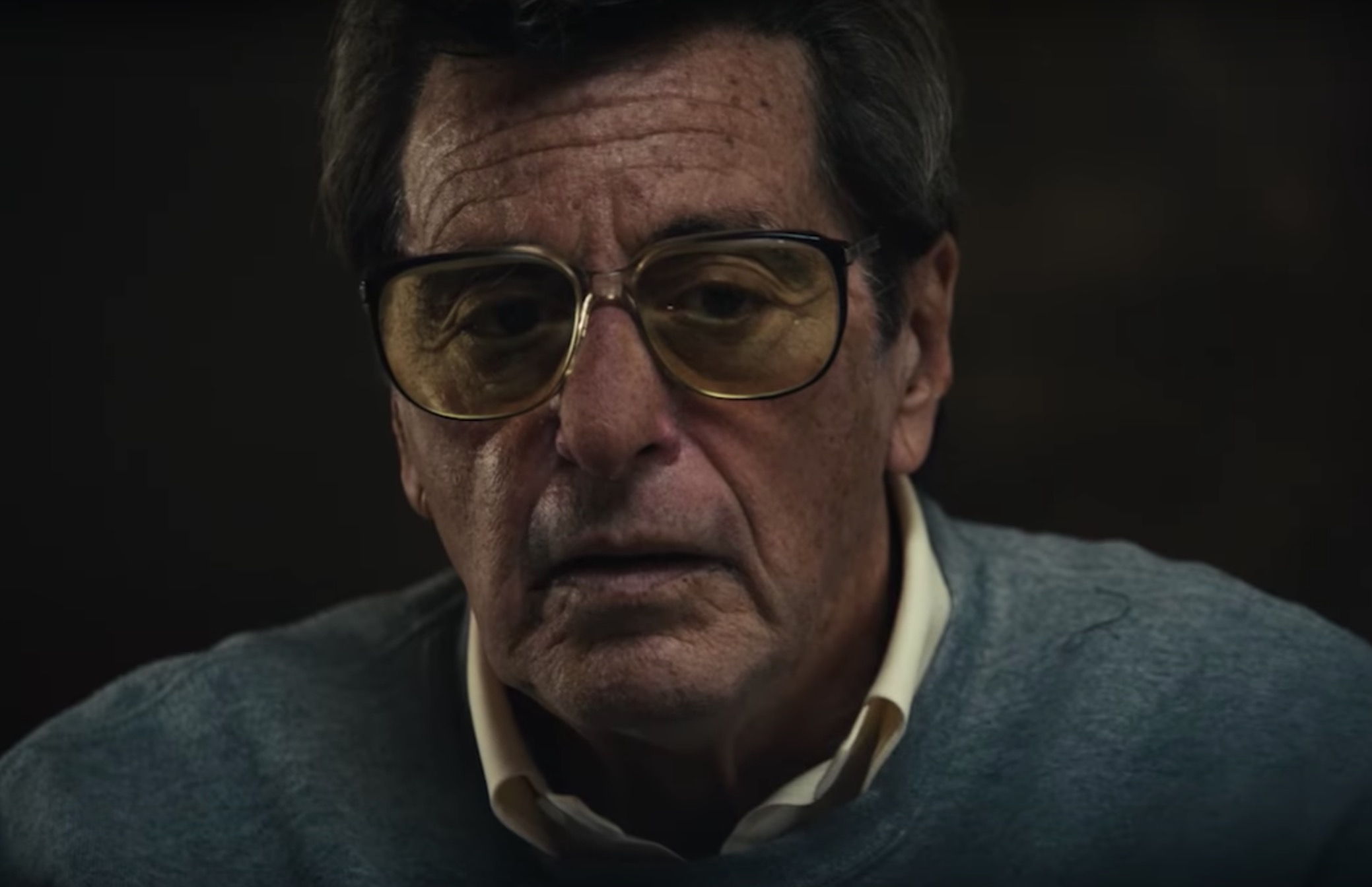 Of all the many problems in the modern news media, the one which, in my experience, is the most dangerous is that a story’s viability is now FAR more connected to its popularity than its truthfulness. Obviously false stories which appeal to an already established audience (like just about anything you might hear about “Deep State” conspiracies in the pro-Trump media) are easily able to get told, without rebuke, on major outlets, while unpopular truths about even significant stories can easily be completely shunned as if they don’t even exist.

I just had an extraordinary and soul-crushing experience which dramatically proves this sad phenomenon.

Most people who are aware of me know that for most of this decade I have independently investigated, at enormous personal cost, the so-called “Penn State Scandal.” That’s the story in which 100 percent of the media establishment is totally certain that legendary football coach Joe Paterno and Penn State administrators helped cover up the horrible child sex crimes by former assistant coach Jerry Sandusky.

I now literally know more about what really did and did not happen in this case than anyone on the planet, including Sandusky himself. While I have no affiliation with Penn State, and don’t even really like anyone who is directly involved in the saga, I have come to the very firm conclusion, against my own self-interest, that virtually everything the media told us about this case is mostly, if not totally, wrong (and that the real story is WAY more fascinating).

As shocking as that assessment is to people who only know the narrative in which the media became instantly and completely invested when the story first broke in late 2011, the most astonishing element is that it is not even remotely a close call and, if I was ever given the proper platform, in a rational world I now have more than enough evidence to prove it. To be clear, as an ardent anti-conspiracy person, I am NOT alleging any significant conspiracy, but rather that a perfect storm of bizarre circumstances created a domino effect in which all the major players became, mostly unwittingly, invested in a false narrative.

Knowing that the media completely blew it on one of the biggest stories of the decade and not being able to effectively even get that side of the story out to a wide audience (despite two major appearances on the Today Show with Matt Lauer) has been a source of extreme frustration for me. Instead, I have been regularly scorned and mocked by “virtue signaling” media members who know almost nothing of the facts the case.  All of this has done significant damage to my life in nearly every way.

Then, last year, it appeared that my version of events may have finally gotten a huge break when Bob Roe became the top editor at Newsweek magazine. Bob had a relationship with a reporter, Ralph Cipriano, with whom I had been working on the Penn State case. Roe also had worked many years ago on the infamous “McMartin Pre-School Sex Abuse” story, which turned out to be a fraud. Consequently, he inherently understood how the media could get a story like this wrong in the middle of a moral panic.

Last fall, Bob commissioned Ralph, who had been leaked just about all of the documents from the $118 million Penn State/Sandusky settlements and the “Freeh Report” investigation, to do a cover story on what might have really happened. Ralph, knowing I had information no one else has, formally agreed to bring me on as his co-writer, and I flew across the country to Philadelphia to examine the extraordinary treasure trove of material.

Both of us writing a huge 15-20,000 word story on an extremely complex subject created numerous delays, which made me tremendously nervous because I knew that if something happened to Roe (Newsweek had already been experiencing great turmoil internally), what was likely our one shot at this would be lost forever. By late January, after I took a step back from the process so that it could at least finally get done, we at last had a concrete plan to publish what would be a massive bombshell investigation with tons of new evidence in mid-February.

But then, just as I feared, Bob Roe got fired on Feb. 5 for having instigated an examination of Newsweek’s parent company. Certain that our investigation was now dead and with nowhere else to go with a story of this one’s unique characteristics (including the extreme unpopularity of its implications within the news media and the public), Ralph and I were crestfallen.

However, much to our surprise, those who took over for Roe were still very interested in running our story. Despite being extremely skeptical that in the end they would lose their nerve without Roe being in charge, we went forward, effectively once again rewriting much of the massive story for a new editor who was scrutinizing every sentence.

This Friday, HBO will debut a movie called Paterno starring Al Pacino, which, by all accounts, is going to further promote a narrative that I know to be a fairytale. This meant that everyone at Newsweek knew what our news hook was and what the date of publication had to be. We were set for an online release of probably April 2, with the magazine coming out this Thursday.

Things were progressing fairly well, with the new editor on the story, Ross Schneiderman, even expressing remorse separately to both Ralph and me that he had been one of those writers who had jumped on the false narrative back when the story first broke. He also was clearly excited about the voluminous new evidence that we were going to release. But then, about a week before our March 30 deadline, red flags started to emerge.

Most concerning, we were suddenly told that, despite being one of the longest stories in the history of the magazine, we had lost the cover to Vladimir Putin.  This telegraphed to me that someone important was afraid of the story, but after I spoke on March 26 with the person in charge of actually printing and distributing the magazine, and he was making arrangements for our story, I thought that we were still in pretty good shape.

But then came the final vetting by Newsweek’s lawyer.

Normally such a legal review, especially on a story which has already been so meticulously vetted and edited by multiple people, is merely a formality. In this case, where our language was purposely as benign and lacking in accusation as we could have possibly imagined, that should have clearly been the case.

However, the lawyer put my co-writer through an inquisition the likes of which he had never seen, this despite Cipriano having done controversial Newsweek cover stories before. It all seemed intended not just to make sure that Newsweek couldn’t get legitimately sued, or to snip a sentence which might somehow be questionable, but instead to create fear about the entire story, and even about me and Ralph ourselves.

After three days of this, it was clear, especially with Bob Roe no longer around, that we were doomed. I urged Ralph to pull the story so that Newsweek couldn’t suddenly claim after five months that there was something wrong with it journalistically. Ralph declined to do that and, sure enough, the next morning, one day before our deadline for publication, the entire story was killed. Any suggestion now that the piece did not meet Newsweek’s editorial standards is directly contradicted by five months of email evidence, including about how I could purchase extra copies of our edition of the magazine, right up until just before our final deadline.”

In most situations, Newsweek would have had at least some concern about news of this leaking and some other major outlet picking up our material. But because of the unique circumstances of the “Penn State Scandal” they know that they would only get praise for having made this decision and, should they choose to trash me personally, such a narrative will be fully embraced by the rest of the members of the Mainstream Media Club.

Of course, none of that means that what Newsweek did was actually right, or that any of this remotely promotes the truth. But I have long ago learned that in life, and especially in the news media, what is right and was is true is not nearly as important as aggressively avoiding all risk, or doing something you know will be seen as unpopular.

If you are interested in more of what really happened here, I did an extensive podcast on it.

Newsweek ultimately decided not to run the story because the reporting did not meet Newsweek’s editorial standards.