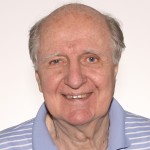 In his massive, marvelous new paean to the greats of foreign correspondents, Journalism’s Roving Eye (Louisiana State University Press, 487 pp), John Maxwell Hamilton, Dean of the J-school at LSU, gallops to the precipice of What Now?

Who can afford them? Along with the other costly paragons of journalistic excellence, the investigative reporters, in this new era of newspapers folding, bureaus closing, layoffs, and stifling cost controls? Hamilton quotes Donald Graham, Chairman of the Washington Post: “Sending reporters overseas costs lots of money and doesn’t add a penny to this year’s circulation or advertising revenue.” In November, Graham closed the Post’s domestic bureaus in New York, Chicago, and Los Angeles.

“All news must be subsidized,” Hamilton finds. The traditional subsidy in the case of a mass-market newspaper or network television newscast has come mostly from advertisers (they typically have accounted for 75 percent of newspapers’ incomes). This approach supported foreign news relatively well when newspapers and broadcasters bundled together a wide array of news and entertainment in order to appeal to as many people as possible. Readers and viewers who didn’t want foreign news got some anyway along with the stuff they did want, he acknowledges. Advertisers liked this approach because it brought them large audiences of consumers for their products. But with the unbundling of the news package, in what Jack Fuller of the Chicago Tribune in 2002 described as “the ongoing fragmentation of the information environment,” the audience and the advertisers have migrated to whatever niches suited them best – and which generated survival revenues. “All traditional news delivery is imperiled because of this,” Hamilton writes. Inside the bundle, profits from the larger constituencies would cover the costs for the sections of higher institutional value and lower commercial appeal; now they don’t.

“The big question is: Who’s going to do the original news gathering?” Hamilton wonders in an interview, over the phone from Baton Rouge. “Who’s going to go out and find out stuff we don’t know? The more papers cut back on staff, the less enterprise reporting they can do and the less stuff they are going to find out. Somebody’s going to have to pick up that slack.”
.
To pick it up, he contends, “Subsidies must come from elsewhere.” He got a good idea of where when he sat in on a news meeting of the Center for Public Integrity (whose annual budgets of $5-6 million are covered by a mix of foundation grants and fundraising). “I was just blown away by the amount of really good stuff they are doing” — The Global Climate Change Lobby; Ginnie Mae’s Troubling Endorsements; Sexual Assault on Campus: A Frustrating Search for Justice; The Transportation Lobby; The Murtha Method. “I thought, that’s great, so I asked who pays for it. The answer: None of them. All of this has to be financed by philanthropy.”

Foundations like the Center and Knight have been funding specific projects, generously, and getting important, consequential stories into print and on the air, for years; Joan Kroc, widow of McDonald’s magnate Ray Kroc, made a $235 million bequest to National Public Radio in November, 2003;. ProPublica started in the fall of 2007 on a $10 million grant, primarily from the Herbert and Marion Sandler Foundation, and there has been an accelerating expansion of organizations and individuals contributing to prop-ups or start-ups in the weakening business of news.

“Much more of this can be done,” but for such efforts to be successful, Hamilton warns “donors will have to jettison a common assumption that funding should be temporary and that ventures can be self-supporting. Like parks, soup kitchens, local opera, and educational institutions, high-quality media rarely pays for itself.”

Proprietors never did consider themselves as running “eleemosynary institutions,” he concedes, even though, in their investing in the public good of excellent journalism, they were. Now it appears that, perforce, out and out philanthropy is having to do it.