OMG! The Democrats Are Trying To Take Away A Woman’s Right To Be A Stay-At-Home Mom!

OMG! The Democrats Are Trying To Take Away A Woman’s Right To Be A Stay-At-Home Mom! 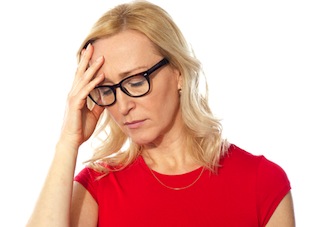 Ladies and gentlemen, I am outraged. We all know about the comments of Democratic strategist Hilary Rosen who said last night that Ann Romney, who raised five sons, hadn’t worked a day in her life. However, I’ve been watching a bunch of Fox News and reading a lot of conservative blogs today, and they’ve all informed me that there’s so much more to this story. Apparently, this proves that Democrats are the party that’s really waging the War on Women. And you know what that means. That’s right, Democrats are trying to take away a woman’s right to be a stay at home mom.

As we all know, being a stay-at-home first became legal here in America in the early 70s. This was a huge moment for women’s rights. After all, it should be a woman’s right to decide whether she wants to raise her children from home. Besides, up to that point, thousands of women were dying thanks to complications in their home-mothering as well as dangerous back-alley parenting (this was where desperate women tried to raise their kids in the alleys behind their place of business).

You’d think that, over the years, all Americans would have come to see this as, at the very least, a necessary move. But no. Throughout the decades, Democratic politicians have repeatedly talked about repealing the Supreme Court decision that made staying-at-home legal for mothers. And this has only become worse in recent years. In the last Democratic presidential primary, multiple candidates made allusions that could easily be interpreted as promises to take away the right. And these are candidates to be president!

But it gets much worse than simple allusions. Did you know that a few months ago, states like Texas enacted a law forcing women considering to stay-at-home to look at pictures of cubicles? That’s right! What kind of insane shame tactic is that?

And even more recently, Oklahoma Dems have been pushing a new bill that would redefine the definition of an “office” in an attempt to make it even harder for women to stay-at-home legally.

And surely you heard about the furor over juice boxes? Many women require juice boxes. Not just because they want to become a stay-at-home mom, but also for serious and genuine health reasons. However, when Congress held a session to discuss money for juice boxes, they didn’t even invite any women. And, when a young college student tried to attend and talk about her friends health problems, a liberal talk show host viciously called her a “SLUT.”*

*SLUT is an acronym meaning Staying Late Until Teens that is used to deride women who don’t get a job until children are older.

So clearly all these conservative commentators are right. What the Democrats are have been doing is exactly equal in every way to what the Republicans have been doing to women. Even worse. All Democrats should be ashamed!

Guys, I just did some fact checking. None of the above has happened. At all. Ever.