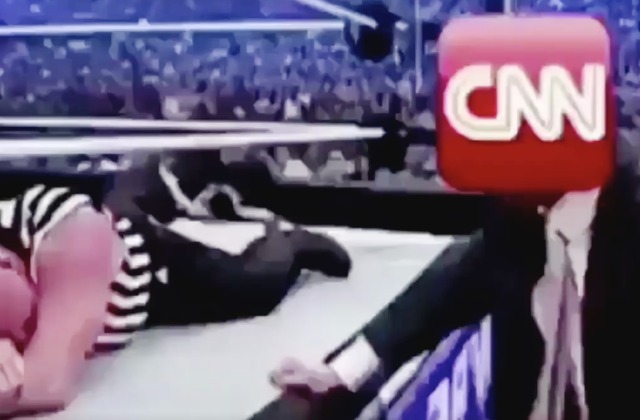 Much has been reported and debated in the on-going battle between President Trump and CNN, and allegations of “fake news” and mistreatment of the press. At the core of this debate is the question: who do we trust more?

This weekend a new poll came out reporting that 50 percent of Americans trust CNN more than they trust President Donald Trump, while forty-three percent trust the President more than they do the cable news network.

There is a lot to unpack in this report, but the most immediate question that comes to mind is this: how have we arrived at a place where a media outlet is held to a higher standard than the sitting President of the United States? Yes, CNN has been ridiculed for some poorly sourced reporting, but their response — pulling the story from CNN.com, apologizing to the subject Anthony Scarammuci and accepting the resignations of three journalists responsible — should be lauded. It is evidence that CNN is abiding by a much higher standard than some of their peers.

But although his surrogates can try to pass off his half-truths as “alternative facts,” President Trump has repeated many falsehoods and lies, which has not yet appeared to have had any ill-effect on his base of support. Need I lay out how many times Trump has lied or uttered untruths? I direct you to an interesting infographic put together by the “failing NY Times” as the President has referred to the Grey Lady.

It’s not unreasonable that CNN is held to an incredibly high standard. It is odd that CNN appears to be held to a much higher standard than the sitting President of the United States, let alone other outlets with whom CNN competes for viewers. Most important, it’s not even close who purveys in more fallacies between Trump and CNN. That is not a matter of opinion or bias. Its a fact.

But as I’ve written before, negative news does not equate to “fake news,” as Trump supporters are quick to dismiss. Also, the CNN approach to covering the Trump administration is not that materially different than Fox News’ approach to the Obama administration. Taking an oppositional approach is good business, evidenced Fox News’ record ratings and revenue under Obama. Except while Obama may have played loose with certain facts we are now in a different universe when it comes to accuracy.

Bottom line is one can agree with Trump on every policy matter from “Build that Wall” to the “travel ban,” but if you actually care about facts there is no comparison. CNN may have leaned left politically, but Trump has been proven to say things that are demonstrably false by everyone not just CNN. Trump has lied about everything from the election results to CNN’s ratings being “way down,” and not once admitted he got it wrong.

His supporters can still believe in Trump and what he stands for. But anyone who still believes the words which come out of his mouth are just being gullible.