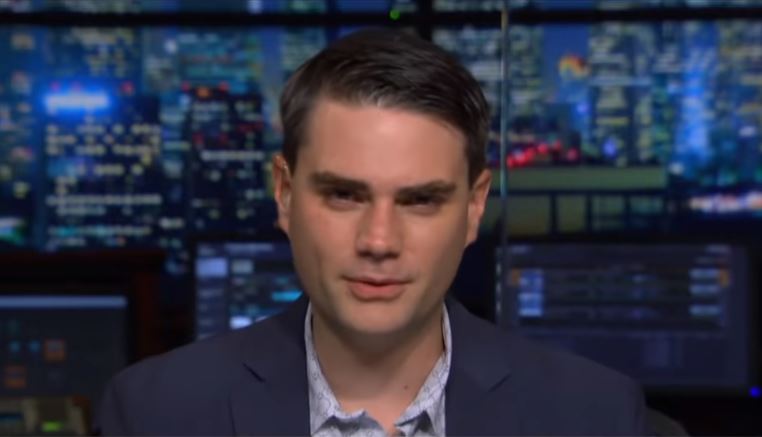 Since the very beginning of Donald Trump’s takeover of the “conservative” movement, I have been writing about the perfect storm of factors which has caused the “conservative” media to help facilitate this coup. Recently, the Salem Media Group, which owns “conservative” radio stations and publications, has been under fire for having played a key role in this rebellion and for continuing to rid the landscape of any lingering opposition once the war has been effectively won.

As someone who has had extensive dealings with Salem, I have watched these developments with interest, but, unfortunately, have not been at all surprised by what has been alleged. In fact, based on my experience and communications I have had with current Salem hosts, the reality is even more overt than even what the coverage of these stories would suggest.

Not only do I live where Salem is headquartered, but I used to host a nationally-syndicated radio show which was, in a unique financial arrangement, effectively run through them and mostly aired on their stations. Once Trump was elected, it was beyond obvious to me that continuing the program, especially as an ardent “Never Trump” conservative, was not a viable option.

My experience with Salem and many of the people involved in the recent stories, including their program director Phil Boyce (whose claim to fame, significantly, is making Sean Hannity a radio star) , was pretty horrific. Without getting into the gory details, it was clear to me that they mistreated me in nearly every way and certainly did not adhere to the values one would expect from a company which proudly touts its “Christian” principles. I have friends who have also had very similar experiences with them.

It was also very clear that, once Trump looked like he was going to be the 2016 GOP nominee, Boyce in particular was highly favorable towards pro-Trump content and not at all interested in criticism of him.  The emails from Boyce to then Salem host Ben Shapiro (whose former Salem co-host Elisha Krauss is alleging she was fired for her anti-Trump views) urging him to act like a defense attorney and treat Trump like his client seemed to sum up his view pretty darn well.

Boyce’s “defense,” as voiced through pro-Trump radio host Larry O’Connor was to claim that Shapiro leaked the emails to CNN. That, in classic Trump-like fashion, was apparently innacurate, according to the CNN reporter who denied Shapiro was his source. Not only was Boyce’s assertion both seemingly wrong and irrelevant, but O’Connor’s attempt to diminish the issue on his behalf was rather absurd.

O’Connor argues that Salem is actually ethically superior here to CNN because they love Trump and fully admit it, but CNN hates Trump and won’t do the same. This simplistic analysis will surely resonate with the majority of O’Connor’s fellow Trump fans, but it is not a valid comparison.

First off, the evidence indicates that Salem made it clear throughout the company that pro-Trump content was much preferred, and, critically, they did so at a time when it favored the candidate over other legitimately conservative opponents who were still in the race for the 2016 nomination. Secondly, real conservatives who strongly adhere to the alleged values of the company have lost their jobs (with others rumored to do so in the near future) for failing to support someone who is surely the least “Christian” or moral person to ever come close to the modern presidency.

While CNN clearly has an anti-Trump bias, and while they have gotten rid of a couple of Trump supporting commentators for purportedly substantive reasons, there is no evidence that they have sent the message to their pundits that their positions will be imperiled simply for supporting Trump. Also, the network’s current anti-Trump preference, unlike with Salem, does not inherently contradict their own known-norms, as it has always been obvious that CNN is left of center politically.

There is also no indication at all that, unlike with several Salem hosts (specifically Hugh Hewitt and Dennis Prager) any CNN commentators dramatically and hypocritically shifted their position on Trump in an apparent attempt to please management.

Salem’s much stronger defense is that this is all about ratings and revenue, produced by telling their audience what they want to hear, even if it isn’t the truth. While some of those Trump critics who were let go at RedState say that they were generating as much traffic as others who were kept, it is clear that, within the “conservative” world, it far easier to get clicks for pro-Trump opinions than vice versa. The same is generally true of radio ratings as well, though, since the ratings of Salem stations are small to begin with and since almost none of their stations even pay for legitimate data, it is very difficult to know for sure.

So what Salem is really doing is favoring pro-Trump content which they feel is better for their ratings, mostly because they see how it has worked for other outlets in the “conservative” sphere. It is also reasonable to conclude that this the type of content will make the lives of Salem executives easier as they deal with the Trump administration.

This, of course, for better or worse, is how most commerce gets done, especially in this fragmented media era when traditional business models have been busted by rapidly shrinking profit margins. The problem is that this is not remotely consistent with what Salem claims to be, or even really with their explanation for what has been going on here.

In short, by claiming to be “Christian” and “conservative,” while getting rid of people who are critical of Trump–usually for being neither Christian nor conservative–they are having it both ways. Of course, in the era of Trump that is, sadly, exactly what most of the conservative media has become: a cynical business which pretends to be a noble cause, while engaging in rampage hypocrisy and “whataboutism,” abandoning morality and intellectual consistency, all for a few extra dollars.