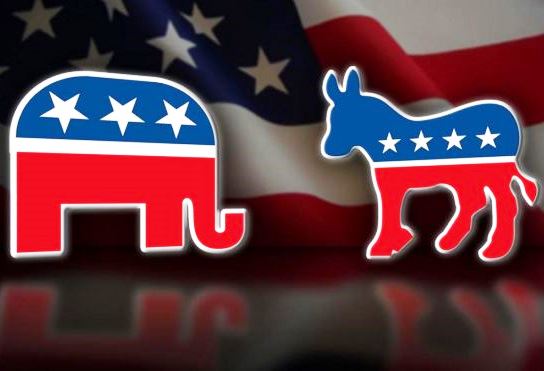 Cable news countdown clocks, impassioned Senates speeches, and pundit-palooza. Yes, the first government shutdown in 17 years has made for good theater, albeit with negative real-world implications: hundreds of thousands of workers furloughed without pay, an estimated cost of over $1 billion a week to an already fragile economy.

As cable news and Congress host a high stakes blame game, most observers have turned a blind eye to the genesis of today’s shutdown: the 2010 midterm elections. This, of course, was the birth of the Tea Party Congress, with anti-Obamacare candidates winning and giving America the likes of Senators Rand Paul (R-KY), Mike Lee (R-UT), and Ron Johnson (R-WI), along with House bomb-throwers like former Reps. Allen West and Joe Walsh, and current Tea Party lawmakers like Rep. Raul Labrador (R-ID) and Tim Huelskamp (R-KS). This new breed of radicalized Republican helped nurture new recruits, including today’s cult hero, Senator Ted Cruz (R-TX).

2010’s Republican revolution was similar to 1994’s Republican resurgence in at least one way: In both cases, liberals lost their sense of urgency after winning a splashy presidential election. In 2010, that let down must’ve seemed palpable to the Obama administration. Even then press secretary Robert Gibbs took a turn rallying supporters:

What Gibbs was trying to say—but of course had to couch diplomatically— was that keeping a Democratic majority in both houses of Congress was as important as electing Obama in the first place. In the new political climate, with standoffs and obstruction theater as the new normal, the only way to expand on the president’s agenda was to give him the legislative support in Congress required to pass more landmark legislation. “Hope and change” are all well and good, but the truth is that Congress wears the pants in this great American relationship.

Sure, conventional wisdom has always put a premium on presidential elections— as cable news and print rev up their political and financial engines for the inevitable spike in ratings and traffic—but the reality has proved far different than the hype. Midterm elections can often be more important than presidential ones. A Tea Party wave was made possible, in part, by liberals ignoring the egregious gerrymandering of congressional districts, lying idly on their couches instead of racing to the polls.

Galvanized by the implications of a President Mitt Romney, liberals showed up in 2012 with enough force to help re-elect President Obama—no doubt hoping he’d eschew post—partisan compromise with a more progressive agenda. But as the first year of his second term has revealed, the damage has already been done. President Obama stands as a bystander, left only to pass legislation through executive orders, while his most ambitious policy items—gun control, immigration, and climate change reform—are left hanging in the wind.

Will liberals come to the president’s rescue this time around? According to the co-founder of the Progressive Change Campaign Committee, Adam Green, that depends on whether Democrats turn their back on populism, as they did in 2010:

“To avoid repeating that mistake in 2014, Democratic leaders need to follow the lead of Elizabeth Warren and fight for a bold economic populist agenda. That means reforming Wall Street, jailing bankers and executives who broke the law, raising taxes on the wealthy, expanding Social Security benefits, making college more affordable, and raising the minimum wage. If Democrats do that, they will win back the House.”

Progressives like Green might be disappointed with what they see as a lack of fight coming from President Obama, but they might want to put that aside and realize that their best chance at a progressive agenda is bringing the fight to the House and Senate.

If the light bulb goes off in liberal land, they’ll organize and come out with the urgency and force they did in 2008, as if this midterm election is the most important election of our generation. They’ll stop complaining about Tea Party “extremists” and start plotting to throw the bums out. They’ll realize that the keys to reforming the immigration system in America, to curbing gun violence, and leveling the economic playing field, lie with a Democratic Congress.

It’s now time for liberals to fight, not for “hope and change,” but for the right to really govern.

The clock till November 2014 starts now.