The Attention Economy in an Inattentive Economy

The Attention Economy in an Inattentive Economy

The second I heard it verbalized by Marc Andreessen, the co-founder of Ning, I realized why user-generated content works on YouTube. In a forum sponsored by the Bridge network (a yearly sabbatical involving discussions between Hollywood talent, Silicon Valley execs, and financial executives), Mr. Andreessen explained how to measure consumption of the world’s most popular media. The traditional movie is two hours long because that’s the attention span sweet-spot for the cinema-goer. A television show is anywhere from a half an hour to one hour. YouTube is measured by the end of your nose to the laptop screen. It’s about a “one foot experience’; therefore, two to three minutes is the average length of user-generated content. Have no fear – a decade from now we’re going to be watching subliminal blips from underneath our eyelids.

Not really, but the analogy is sound in cognitive behavior. Our attention span is getting shorter and shorter and it’s killing the traditional formats. The question is – Why? In a recent trip to Washington D.C., I spoke with several neuroscientists from the National Security Association and the Department of Defense. I was doing research on human behavior in respect to global consumption of the internet. The underlying thesis from America’s most intelligent minds is that humans don’t evolve at the same rate as technology. Technology marches northbound up the bell curve while human beings adapt at a slow crawl. When one of the neuroscientists drew me a graph, it might as well have been a picture of a Mack truck driving through the gap between computer and human. In plain language, technology is setting the tone thousands of times quicker than humanity can adapt. And yet, somehow we still manage to keep up.

This point was proven recently when I sat on a “Collision in Content” panel in New York City last month. There must’ve been thirty people in the audience. Half of them either had their heads buried in a laptop or on a handheld device (iPod or Blackberry). And even when I pointed out the rudeness of that behavior, they still kept one eye on their respective devices, unable to tear themselves away completely. It was sad, but true. Not to cast stones, because it was all I could do not to answer the vibrating Blackberry buzzing in my pocket. It was then that I realized: we’re all addicted to our devices. We’ve turned into Pavlov’s dog: If it chirps, buzzes, vibrates, or rings, we want to answer it immediately. What have we become?

This brings me to the old and new paradigm in terms of Hollywood. The old regime will continue to pre-schedule “appointment television” with minimal regard to ancillary websites which compliment or extend the brand beyond that one hour or half-hour. Networks continue to drive all television fans to one corporate website with hopes of gathering an authentic community which can be monetized like a micro-charged economy. Quite simply, it doesn’t work. This is the old regime. 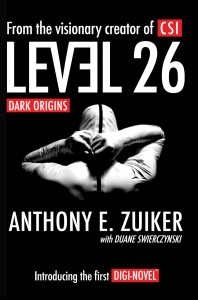 Indeed, our attention economy in this inattentive economy is screaming for change. Drastic change. The kind of change where television will only have true value when it’s a launching platform for the “new” television: the net. The mobile phone, handset, or PDA is only an extension of content “on the go.” It’s the freedom to consume, interact, schedule, and manipulate that makes the content experience grand. It’s the merging of Silicon Valley’s technology with Hollywood content creators that will save television as we know it.

We can no longer make the audience come to us. We must go to the audience and re-invent ourselves based on behaviors that will never return to the old regime. It will be the convergence of multi-media or trans-media, consuming content “specific to the device,” that will win out going forward. Our attention economy is shrinking while our attentive economy is changing. And while no human being can verbalize with certainty when our behavior shifted, we must realize there has been a shift in the first place if we hope to keep up with it. It’s no longer the wild wild West but the global network of the technological revolution that will shape our consumptive future.

My contribution to this future starts with publishing. Instead of just writing a novel, I decided to pair it with a motion picture and offer a social networking site at the same price as a traditional book. The convergence of novel, movie, and website as a “singular narrative” is my literary experiment for the new age. I want to offer the consumer different levels of consumption regardless of their attention economy. If you want to read the book cover to cover, the novel will be a great read. If you don’t,  the book also lets you read twenty pages, log in, and watch a three-minute motion picture scene which bridges you from one chapter to another. If you want to read, log-in, watch, and then join a social network designed to continue the narrative long after the book is over, you may consume that way also.

This is the philosophy of the “Digi-Novel”: A re-invention of behavior offering the traditional book reader a new way to consume while at the same time offering the YouTube generation an excuse to read again. The multi-media novel Level 26: Dark Origins will hit stores on September 8th of this year. It is my new paradigm offering to the world via an underutilized industry – publishing – that can still be a player in the cross-pollination of content across multi-media. This brave new format is offered to the marketplace in the spirit of reinvention – something technology allows content creators to do when you enable them to make change.

Anthony Zuiker is best-known as the creator of TV’s mega-successful “CSI” franchise, which now includes CSI: Crime Scene Investigation, CSI: Miami and CSI: New York. In the year 2002, CSI became the most-watched show on television, almost single-handedly helping CBS regain its foothold as the number one network in America, reaching 75 million viewers per week. With his newest project “digital novel”, Level 26: Dark Origins, Zuiker looks to transform the world of entertainment again by exploring new models of premier publishing and content delivery. The project is a collaboration between Zuiker and EQAL, the groundbreaking social media company behind the web’s most successful interactive drama series: lonelygirl15 and KateModern. It will combine written content, video and interactive elements that allow the user to “watch the story on film and join online to unlock deeper levels of the experience.”