The Peter Strzok Hearing Should End the Absurd ‘Deep State’ Conspiracy Theories, But It Won’t 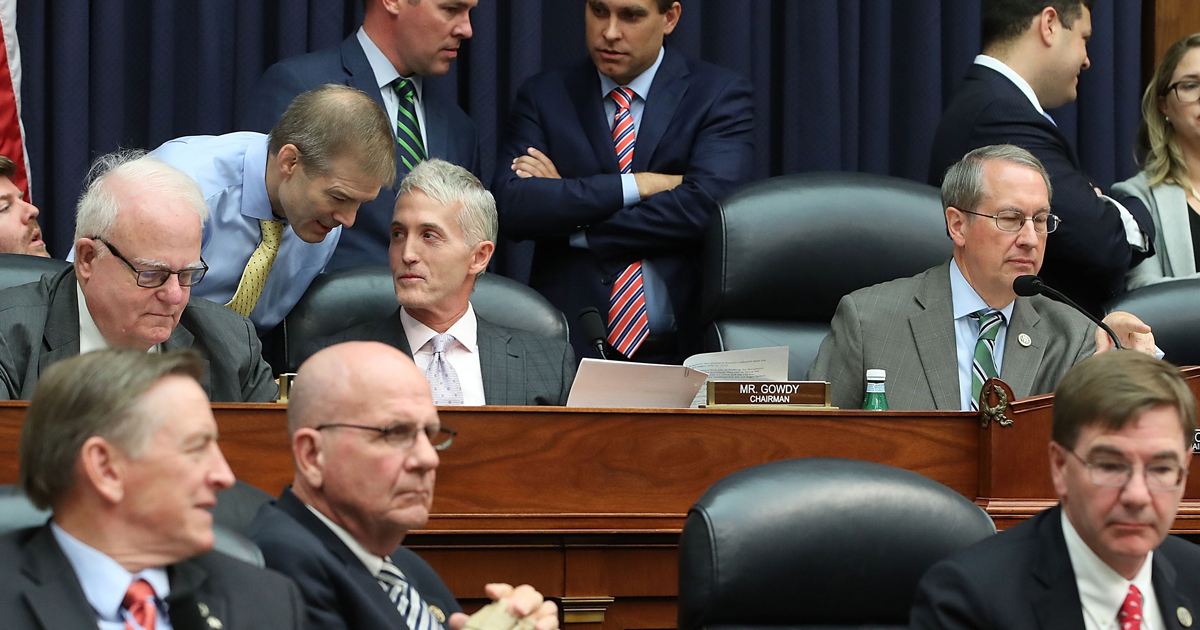 As an ardent anti-conspiracy person, my gut reaction to the “conservative” media constantly implying a “Deep State” plot to take down President Donald Trump has always been to presume it was complete garbage. This was partly because much of the “substance” of this nonsensical theory seemed based on nothing more than nebulous text messages between two FBI agents who were having an affair.

So when one them, former FBI deputy assistant director Peter Strzok, voluntarily testified today in front of a House committee hearing, I was pretty sure we would learn that these anti-Trump texts were, if perhaps inappropriate, nevertheless irrelevant and easily explained.

It turned out that Strzok’s testimony, and the Republican response to him, did more to kill the crazy conspiracy theories than when Barack Obama finally released his long-form birth certificate. Or would have done more, anway, in a logical world.

Strzok took ownership of his anti-Trump communications with colleague Lisa Page. He explained them in such a “conservative” manner that, if they had been targeting Hillary Clinton, it literally would have gotten him a weekend show on Fox News. He made it clear that it would have been impossible for him to have impacted the investigation into Trump in any nefarious manner even if he had wanted to (that’s before he was removed by Mueller because of the perception created by the texts) thanks to the structure of the law enforcement agency.

In short, to anyone not a member of Trump’s “Cult 45” already invested in the fairytale narrative (cough… Sean Hannity), it was abundantly clear that Strzok was trying to do what he thought was best for the country and in the interest of justice, and that he was not part of some sort of fantastic and insane “coup” effort.

Further, because so many Republicans have necessarily become utterly passionate in their resolve to latch onto and magnify anything which remotely casts doubt on the integrity of the Russia investigation (even at the cost of helping Russia and Vladimir Putin), they were forced to pretend that Strzok had dealt them a Full House, when it’s unclear if they even had a measly pair of deuces. This then caused them to conduct a remarkably unprofessional hearing, all in a desperate attempt to kick up just enough dust to pretend they hadn’t been humiliated. Which of course only further exposed just how much they have “over punted their coverage” on the whole issue.

In any remotely sane world, this hearing would be seen as a total disaster for House Republicans, not to mention Trump’s defense. It was likewise devastating to the “conservative” media, which has been working overtime in order to discredit Robert Mueller’s investigation before it is done (which has always seemed super suspicious because Mueller, a Republican who has been tightly embraced by the liberal media establishment, is in a fantastic position to fully exonerate Trump, should the facts support that conclusion).

However, much like the revelation and even late-campaign admission by Trump that he was totally wrong about the Obama “birtherism” theory, it’s unlikely to have any real impact.

Not one of the conspiracy-theory-spewing, click-baiting, D-level “reporters” in the “conservative” media who have used the Strzok/Page texts as some sort of “smoking gun” for dumb people will now suddenly admit that the whole thing was silly. It seems unlikely that even one Republican in the House will do so either. Fox News will mostly sanitize what happened and quickly move on.

Since we now live in such a balkanized culture, as long as your side doesn’t completely surrender (and sometimes, like with “Birtherism,” even if it does) there is never any “good” reason to admit you were wrong. Consequently, Republicans frantically trying to defend Trump at all costs have already gotten what they want from the Strzok/Page episode. The allegation of impropriety is enough, demonstrated or not. The fact that the charge of iniquitous collaboration in pursuit of overthrow has now been shown as facially absurd is, sadly, basically irrelevant.

As a truth-loving conservative, all of this is truly disturbing and deeply demoralizing. This is exactly the kind of behavior—only probably worse–which made me so distrustful of Democrats to begin with.

It is also why I must renew my call from a month ago that the stakes here are too high for rational Republicans to adhere to their normal partisan tendencies in this upcoming midterm election. With Congress basically incapable of doing anything productive legislatively right now, I have become essentially a one-issue voter.

That one issue is oversight of the Trump administration. And today, the Republican House ended any and all doubt that they can’t be trusted to adequately perform that critical task. The future of a viable GOP, and perhaps even the country, depends on them losing that oversight authority as quickly as possible.