The View From Chicago: Rahm Overlooks The Small Stuff (Again) 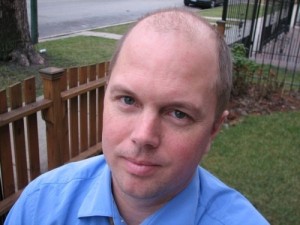 Maybe we shouldn’t be surprised the Rahm-Emanuel-is-going-to-be-mayor-of-Chicago saga took an unforeseen turn yesterday.

If you haven’t heard, an appellate court ruled 2-1 he didn’t meet the qualifications for city residency. Because he’d lived in Washington D.C. to take the job as President Obama’s chief of staff and rented out his house, the court ruled, he was out as mayoral candiate.

This undoubtedly came as a shock to Emanuel, whose coronation as mayor seemed all but assured. It left his opponents — a collection of hacks, cronies, and the bewildering Carol Moseley Braun — scrambling to pick up Emanuel’s massive support (the latest poll had him up over Moseley-Braun 44 percent to 21 percent).

To us Chicagoans, “Mayor Emanuel” seemed all but inevitable. He had a war chest that dwarfed his competitors, he had players like Bill Clinton speaking on his behalf, he had the pedigree that wowed us.

But now, it’s up to the Illinois Supreme Court to put him back on the ballot. They may not even hear his case — and even if they do, one of the Supreme Court justices is married to a man who supports an Emanuel opponent. Ahhh, Chicago politics.

But here’s why this brouhaha shouldn’t come as a surprise: This isn’t the first time Emanuel has seemed to take things for granted. It’s very similar to what happened when he was Obama’s chief of staff.

First, a little background: I was thrilled when Obama tabbed Emanuel for the gig. The notoriously profane Emanuel seemed like the perfect match for Obama. The Prez was the smooth, silver-tongued orator who would make Middle America swoon with his rhetorical mastery. And behind the scenes, Emanuel would cajole, wheedle, threaten, and do whatever it took to get those sherry-drinking fops in Congress to do his bidding.

Emanuel was undoubtedly going to bend Washington to his will with a combination of bare-knuckled braggadocio, backroom arm-twisting, and simple Chicago can-do — and a few “fucks” thrown in along the way.

For a while, it looked like we were getting the combination we wanted. Obama won a friggin’ Nobel Prize — a Nobel Prize! — and Emanuel raged around behind the scenes. We all loved the story of a naked Emanuel confronting former Rep. Eric Massa in the shower — now THAT’S Chicago-style. (Massa said Emanuel “is an individual who would sell his mother to get a vote. He would strap his children to a front end of a steam locomotive,” which in Chicago is as strong a compliment as you can give.)

But then it seemed things got away from Rahmbo, as the press corps cleverly dubbed him. The right weakened Obama via the “death by a thousand cuts” method, somehow making complete horseshit charges — he’s Muslim, he’s a Socialist, he’s not an American citizen — seem at least possible for far-too many Red-State dwellers.

This birth certificate absurdity is exactly the kind of thing Emanuel was supposed to prevent. He was going to control Obama’s image and run roughshod over D.C. And yet, some 27 percent of Americans said Obama wasn’t an American citizen last year. Doesn’t some of the blame for this lay on Emanuel’s door?

Maybe the Obama administration simply overestimated the intelligence of the American public. They likely figured Americans would see Orly Taitz and Sarah Palin and “death panels” for what they are: lunacy. But the fact that we’re STILL hearing about the Hawaiian birth certificate just proves our Chicago homeboys lost the battle of setting the agenda.

Similarly, it seems Emanuel simply took it for granted this residency technicality would go his way. He had the big name, the White House experience. Surely the Appellate Court — like the Chicago Election Board before it — would overlook this little house rental situation. But it didn’t, and now it’s up to the Supreme Court to turn things around.

Essentially, Emanuel has to cross his fingers and hope. At least now, though, maybe he’s learned a lesson: Even a big-name player has to sweat the small stuff.

Joel Reese is a freelance writer and editor based in Chicago. His award-winning writing has been published in Spin, Details, Deadspin, and more. You can read his work at joelcreese.com.