Thoughts on a News Cycle: Russia, The CPAC Mess, And Whether Trump Will Sell Out the NRA 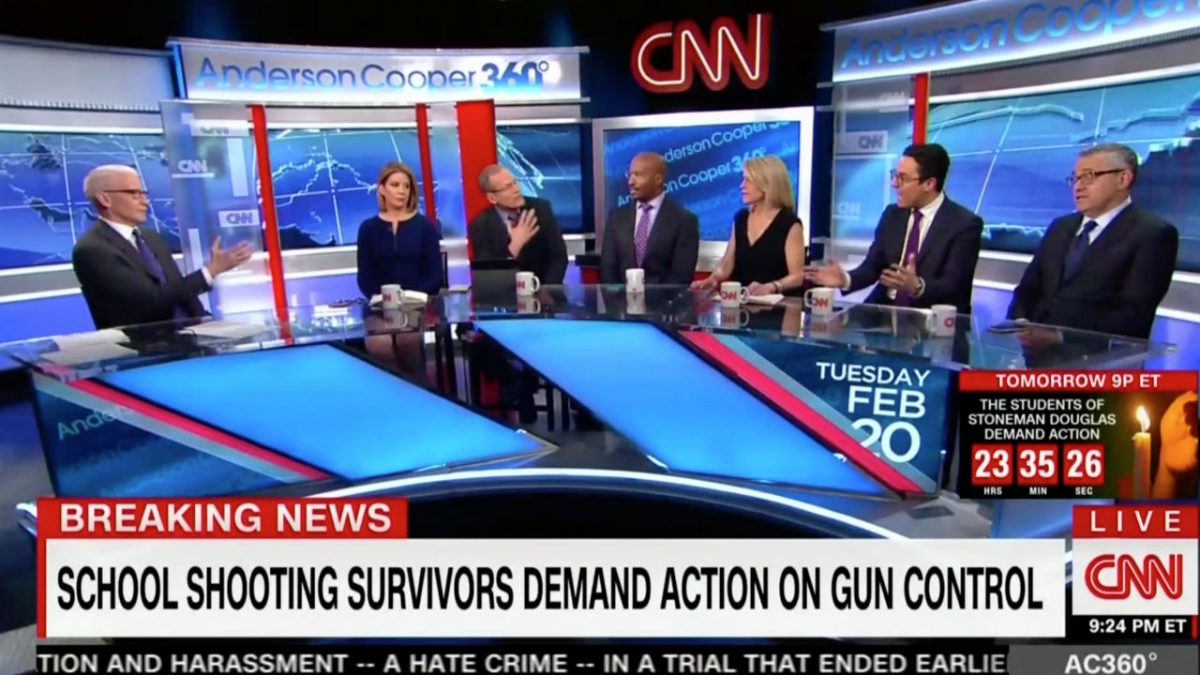 In this media era of Trump-created desensitization, it is often difficult to focus on just one topic on which to opine for the depth of a typical column. Since this week has provided a lot of comment-worthy topics, but nothing which, for my contrarian style, stand outs above the rest, I’m going to try something a little different and provide some random thoughts on a variety of subjects.

There has been a lot of talk this week, especially in conservative circles, about the mainstream media’s (especially at CNN) narrative that President Donald Trump has been softer on Russia than even Barack Obama was. This is a topic that Trump himself, along with his state-run media, have pushed back against rather hard.

I have seen even some prominent Trump-skeptical conservatives mock the notion that Obama was anything but extremely weak when facing the Russian/Putin threat, and there is absolutely truth in the media’s analysis. However, they are completely missing the point which is that, in comparison to Trump, his response to Russia AFTER they meddled in the 2016 election has been stronger than Trump’s.

It is a testament to the remarkable/inexplicable lure of Trumpism that even seemingly smart people who don’t like Trump are unable or unwilling to make even this rather simple distinction regarding the timeline, seemingly out of fear of appearing to be soft on Obama (which, in today’s GOP many see as far worse than being sweet on Vladimir Putin). The facts seem to clearly support the conclusion that AFTER Russian meddling in the election, Obama’s words and actions, while handcuffed by his desire not to foster Trump’s “rigged election” narrative, have indeed been tougher than those of Trump.

Speaking of Trumpsim, its domination of CPAC (an event I have said for many years is a total fraud) is now officially complete. Lots of con-artists and conspiracy nuts have been tapped to speak at the upcoming event which now has nothing to do with “conservatism.” Already, at least two of those charlatans, Dinesh D’Souza and Jim Hoft (of the Gateway Pundit), have been removed because of outrageous things they said in the aftermath of the Parkland massacre.

The real absurdity of this sham is that, if CPAC were a legitimate event, neither of them would have been invited in the first place. Also, the episodes that got them removed are hardly aberrational. Literally every week or so they say things which easily could be used as a disqualifying event.

The issue of gun control has, not surprisingly, once again become ubiquitous amidst the fallout of the latest school shooting tragedy. Partly because of the NRA’s 100% sellout to Trump, there is no doubt that they are far more politically vulnerable than ever before (apparently even CPAC is trying to hide their extremely close ties to the NRA).

This is where conservatives will pay some real price for backing a liberal conman like Trump. Not only has he weakened the pro-gun rights movement politically, but because he doesn’t actually believe in it he is more than willing to betray the very same pro-gun rights advocates who sold out to him.

The last best hope for “gun control” to once again fail is that, quite predictably, the media and the Democratic Party are in the process of overplaying their hand. Though it should be noted that based on the extraordinary state-race result in a very pro-Trump Kentucky district last night, the Democratic cards for the coming midterms might be better for them than even people like myself have anticipated.

I write a lot about how and why real journalism is dead, largely because reporters no longer have the job security or the value system to take the risks required to tell unpopular truths. The exception which proves this rule is what Newsweek did last night regarding their own parent company.

In an astonishing act of brazenness and courage, the magazine reported the story about corruption by their bosses, a report that recently got several of their top people (including their top editor, with whom I have worked) fired. While we don’t know yet how this situation will shake out, if we care about the survival of journalism, those involved in this publication need to be praised and supported.

Ironically, this came just a day after Newsweek was forced to retract a rather stunning report regarding how the Al Franken/LeeAnn Tweeden story went instantly viral and eventually led to the former senator’s resignation. While some of the facts of the story seem to have been botched, there still appears to have been something legitimate behind the basic allegation that this was an organized political hit job.

Regardless, I still maintain that there was an obvious rush to judgment in the case and that the facts indicate that Franken was railroaded. Unfortunately, it now appears that the real truth of that matter will never be properly adjudicated because it is now “old news” simply not in the self-interest for anyone in a position of power for that to happen.