Trump Betrayed His Cult with Family Detention Executive Order, And Got Them Nothing in Return
Opinion

Trump Betrayed His Cult with Family Detention Executive Order, And Got Them Nothing in Return 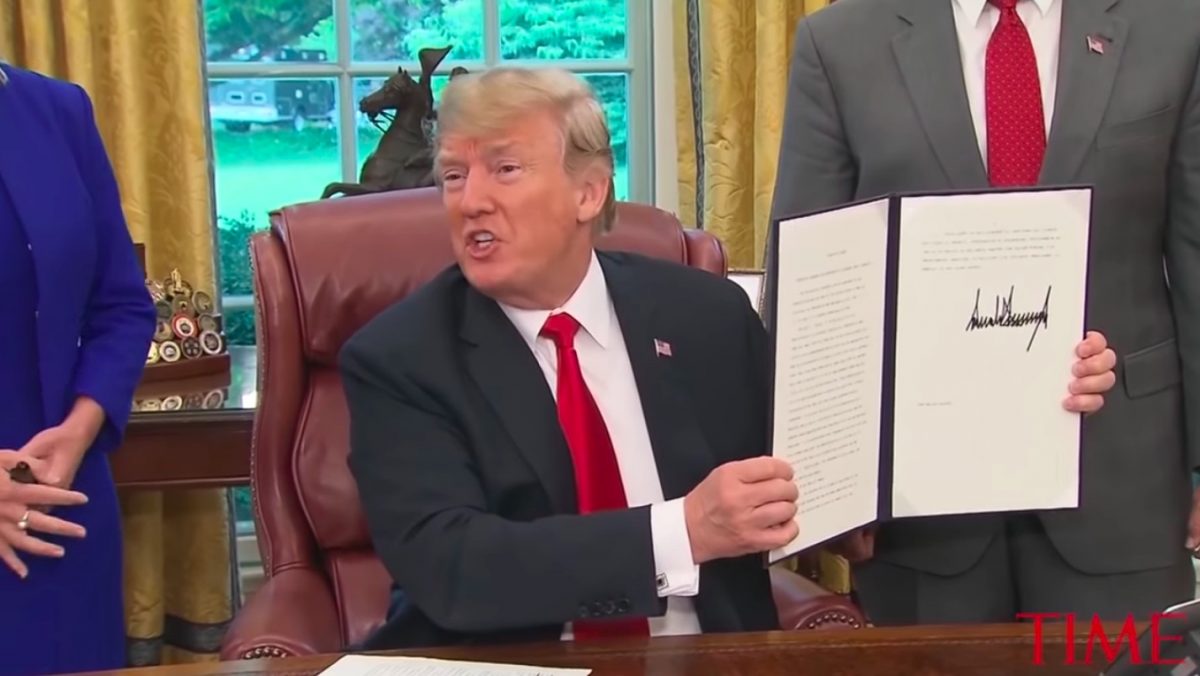 For the past week, President Donald Trump and his administration have been making three primary claims about the “child separation” policy at the border, which suddenly has become a full-blown media obsession.

Well, now that Trump has melted like a soft candle exposed to the heat of a blast furnace, and apparently stopped the policy via a sham executive order, there are at least three things that logical-thinking people must, based on Trump’s own statements, now conclude:

This whole episode has provided one of the most blatant and predictable examples of Trump betraying his entire “Cult 45.” In this case, he did so on multiple levels, while getting them absolutely nothing in return, all so he could protect himself and claim some sort of Pyrrhic victory.

The first group betrayed by Trump were his pathetic sycophants in the state-run media, which carried water for his unpopular policy for days, all while apparently being blind to the obvious reality that Trump would inevitably stab them in the back at the very first moment it was in his self-interest to do so. The once great Rush Limbaugh, now worse than an aging rock star whose talent has long ago dissipated, even claimed that the news media was trying to use fake pictures of kids to influence those who are “wimps.”

Well, Rush, I guess that makes Trump, who specifically said that he didn’t like seeing those pictures, the Top Wimp now, doesn’t it?

Then there were his own aides, like DHS Secretary Kirstjen Nielsen who was sent out to embarrass herself at a press briefing defending the policy just barely more than a day before Trump pulled the plug on it. How anyone in this administration could ever even think of falling on the sword for Trump in the future is one of the great mysteries of our time.

Finally, there is his “Cult 45” following of rabid opponents of illegal immigration. They got screwed here the most, but they’re probably too intoxicated to realize it, or even care.

These are the people to whom he promised (or conned) during the campaign, literally hundreds of times, that he would build a Great Wall and Mexico would pay for it. He also pledged that there would a “deportation force” to “get rid of the bad guys,” which he claimed would be easy to do.

Of course, all of that was always just a cynical lie. The wall was never going to be funded and Trump would never spend the capital that it would require for it to even have a chance. There were also never going to be mass deportations either. Just as this past week has shown, Trump, like most bullies, actually has no balls and would have wussed out at the first good video of a crying child being removed from their American home by someone looking like a Stormtrooper.

Ironically, this family separation policy never would have been needed as a theoretical deterrent if Trump’s Great Wall hadn’t always been a fraud.

Worst of all for “Cult 45,” Trump caving so quickly on this while getting zero in return (and not even resolving the ongoing problem of the children who are already separated) has actually ended for all of our lifetimes any chance that we get serious about enforcing our immigration laws again. Think about it: if even an anti-establishment, anti-political correctness zealot like Trump, who got elected specifically because of the issue, and whose party controls Congress, can be reduced to the fetal position in a few days by some very bad media coverage, then this is a fight that is lost forever.

Part of me takes solace in the fact that “Cult 45” is getting exactly what they deserve. After all, people like me warned them that they were being duped, and like a teenager in love with a bad boy, they simply refused to listen.

The problem is now much larger than that, however. People like me also cautioned them that if they went into battles they couldn’t win with a general who was neither skilled at political warfare, nor personally dedicated to the cause, that they would end up in significantly worse shape after losing than we were even under Obama.

This chapter has proven that fear to be prophetic, as what was non-controversial in this realm under Obama, is now politically toxic under Trump. At this rate, by the time Trump is done we won’t even be allowed to stop people entering our country at our southern border.

Winning. So much winning. I am tired of all the winning.