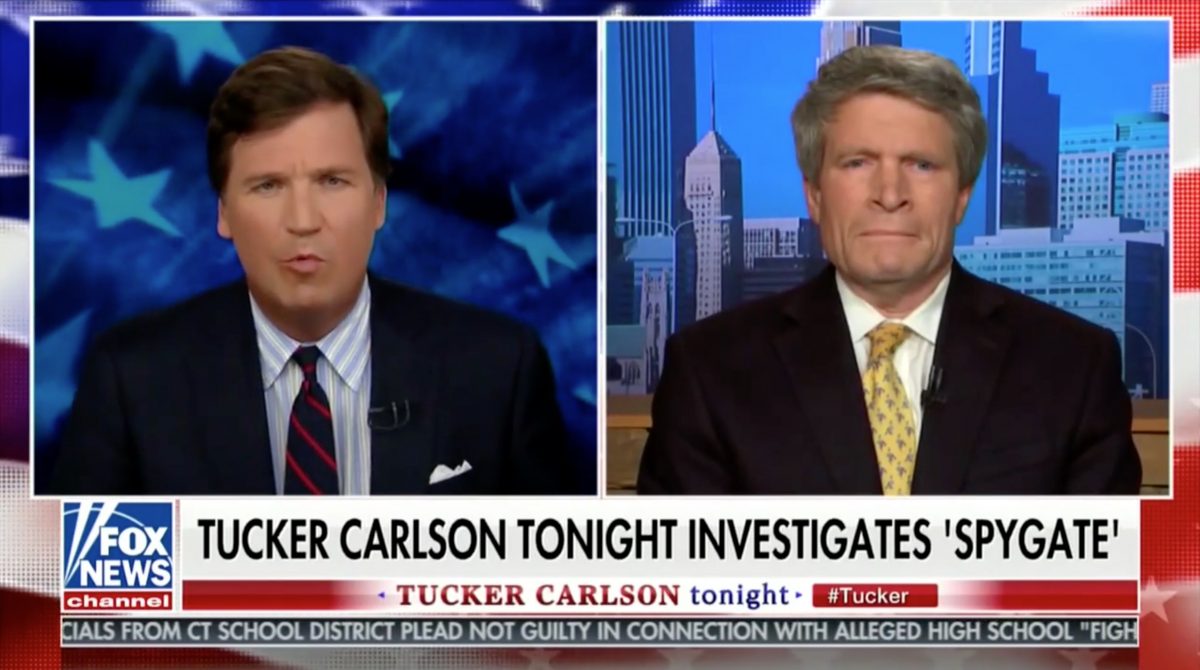 In many ways, President Donald Trump, despite his many declarations to the contrary, is not a particularly intelligent person. In some aspects, however, he is a freaking savant-like genius.

When it comes to manipulating the news media and getting away with what should be catastrophic mistakes, there is simply no one better than Donald J. Trump. The latest example of this remarkable, if not also reprehensible, talent is the utterly bull-crap “Spygate” theory which Trump got from the insane sewers of the right-wing blogosphere.

In a classic demonstration of how conservative author Amanda Carpenter has cracked the code of Trump’s most diabolical lies, the president has clearly engaged in yet another “gaslighting” episode. He concocted a wild and nonsensical theory in a desperate attempt to undermine the Russia investigation, and, to the surprise of no objective person with a functioning brain, it turned out to all be a big fat lie.

But unlike some of his past lies intended to sow the seeds of doubt among the Republican electorate about the reliability of anything even remotely related to the Russia investigation (gee, I wonder why a president whose party controls all levers of the federal government would need to do such a thing?), this one was exposed fairly quickly and decisively. Numerous key Republicans in Congress who have had access to the intelligence on the matter, including the normally sycophantic Paul Ryan, have publicly concluded that “Spygate” is a Trump-concocted fantasy.

Some have even done so in terms so brutal that it makes them sound like they could have only been uttered by an MSNBC host. Quite simply, none of this is the slightest bit “normal,” even for this Bizarro World known as the Trump era.

So the President of the United States knowingly made up a BS conspiracy to impugn our own intelligence agencies, all to protect himself from the results of a very serious investigation, and now key members of his own party are admitting that it was all a big lie. In a sane world, the political consequences for Trump here would be calamitous.

However, in the never-ending circus in which we now all reside, Trump will suffer very little if any real consequences for this egregious “gaslighting” episode. The primary reason for this is because the modern news media is simply incapable of handling these situations in a manner which causes any other result, and Trump knows this reality better than anyone.

Especially after pulling off his “Birtherism” charade and not being forced to be held accountable for that heinous lie, even in the middle of a presidential campaign, Trump knows that he simply can’t be harmed when he engages in this sort of insanity. The media is always at least one step behind him and by the time they finally catch up, their tiny attention spans, much like Trump’s own, shift onto something totally different.

In short, Trump is the Roadrunner and the media is Wile E. Coyote. Unless they get the guts to definitively call out Trump as a liar immediately after he begins a “gaslighting,” this pattern will never change.

Trump can always claim that he was only asking a question and that he never really said it was true. In fact, he can even declare victory, just like he did in ludicrous fashion with “Birtherism,” by virtue of the fact that he forced an investigation to prove that what he was suggesting was NOT true.

Trump also knows that once his sham is finally debunked that most people will have already forgotten about the original charge and/or won’t even hear about the truth because the news media is now far too fragmented and eager to chase after the next big story before their ever-shrinking audiences tune out. Now that Trump is president, his banking on the media’s inability to focus on any one subject long enough for it to reach critical mass is a foolproof gambit which cannot lose.

After all, now all he has to do in order to distract from a story he doesn’t like is to tweet something crazy, meet with Kim Kardashian, pardon a right-wing pundit, float the pardon of Muhammad Ali, brag about how he is going to bring peace to Korea, or put Rudy Giuliani on television. Like cats mesmerized by a spotlight, the media immediately drops everything else and Trump avoids defeat.

CNN’s Erin Burnett and a few others have tried to bring some semblance of accountability for this shameful episode, but by Monday, if not sooner, the story will be “old news” and there will be no great ratings rise to warrant continuing to cover it. Once again, Trump knows this, and it is why he never gets badly beaten in this type of battle.

Last night, in an exception which proves the rule, Tucker Carlson somehow allowed the truth of “Spygate” to accidently briefly leak out to the surely horrified and confused “Cult 45” audience of Fox News. Don’t be surprised if there is soon a new opening for a booking producer on that show.

You see, on Fox News in primetime, crazy conspiracy theories are a lot like toilet paper. They use them to clean up their mess, and then immediately toss out the refuse the instant it is no longer useful.

Only the stench remains, but their audience has now been well trained to believe that scent is actually roses.