What Machiavelli Would Have Thought of Wikileaks: A Short History of Undiplomatic Diplomats

What Machiavelli Would Have Thought of Wikileaks: A Short History of Undiplomatic Diplomats 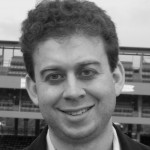 Way back in 1604, the English diplomat Henry Wotton, then traveling in Austria, had the acute wisdom but poor judgment to quip, “an ambassador is an honest man sent to lie abroad for the good of his country.” Accurate? Certainly. But when word of the infelicity got back to London, Wotton was summarily cashiered by King James I, who was less than amused by the suggestion that his foreign policy might not be conducted wholly on the up-and-up.

Of course, no government is pleased when the dirty laundry of its diplomatic practice is run up the capitol flagpole, as the Obama administration’s reaction to the Wikileaks revelations so amply demonstrates.

Absurd as it may seem, honesty, or at least the semblance thereof, has been a cornerstone of Western diplomacy from its very formalization into a profession, beginning in the early years of the renaissance. The Italian political theorist Niccolo Machivelli, a man whose name is now synonymous with duplicity and calculation, went so far as to instruct a young diplomat that “above all, a representative must strive to get reputation, which he does by striking actions which show him an able man and by being thought liberal and honest, not stingy and two-faced, and not appearing to believe one thing and say another.”

Finding candidates who can project decency while carrying out the sometimes unpleasant duties of a political officer in a foreign land has always been easier said than done, the result being some rather unconventional selections. It was a reputation as a man of sincerity and discretion that brought the artist Peter Paul Rubens into the world of international affairs. His paintings of swooning maidens and antique heroes made him a favorite of political leaders across Europe, and gave cover to his clandestine activities, largely on behalf of Spain. “Confidence alone is the foundation of all human commerce,” he wrote, echoing Machiavelli, whom he read diligently. 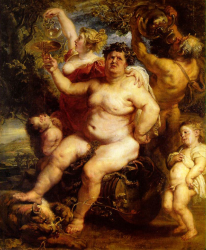 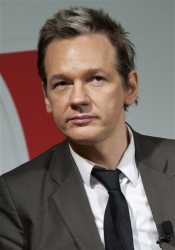 Rubens’s integrity didn’t keep him from spying—he was paid out of the Spanish military budget to do so. His correspondence, often written in secret code, provided not just critical intelligence, but also strategic guidance to his handlers. And he could be as impolitic in his dispatches as our contemporary diplomats have shown themselves in the leaked cables now appearing online. “I am very apprehensive as to the instability of the English temperament,” he wrote in a dispatch to Madrid from London in 1630. “Rarely, in fact, do these people persist in a resolution, but change from hour to hour, and always from bad to worse.” Such caustic assessments were not unusual: early primers on diplomatic practice specifically enjoined foreign officers to write frankly and dispense with the niceties and flowery language characteristic of typical correspondence and literature.
Rubens was not the first artist recruited into diplomatic service—Gentile Bellini and Jan van Eyck both served on diplomatic missions—but he was easily the most accomplished. He secretly negotiated a peace between Spain and England, perennial adversaries, and did so with the French minister Cardinal Richelieu, a political master in his own right (and also a Rubens client), working to undermine him. A diplomat ahead of his time, Rubens saw Europe less as a series of divided nation-states than as an interdependent “chain of confederations.”

Although the Central Intelligence Agency funded the exhibition of American artwork abroad during the Cold War as a means of demonstrating the nation’s democratic values, there has been, until now, little use of artists themselves as diplomats, and no wonder. From the Romantic era, we have inherited a vision of the artist as an emotionally volatile radical, a critic of the state rather than someone to be entrusted with its most delicate business.

That this is no longer an accurate representation of the artist—if it ever was—is suggested by a new State Department cultural diplomacy program, announced in October, that will spend $1 million dispatching artists to fifteen foreign nations over the coming two years. Perhaps the next great American diplomat will be found among them. The more things change, the more they stay the same.

Mark Lamster is the author of Master of Shadows: The Secret Diplomatic Career of the Painter Peter Paul Rubens. He is at work on a biography of the late architect Philip Johnson. His previous work on Mediaite can be found here.