What’s A Scoop In The Age Of Twitter, Anyway?

What’s A Scoop In The Age Of Twitter, Anyway? 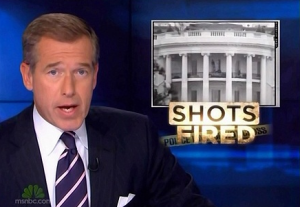 There was a witness to the White House shooter. Several, really; maybe dozens. But one, a young woman on her way to a hotel from the airport, tweeted about it.

@ShankarSharanya: Driver in front of my cab, STOPPED & fired 5 gun shots at the White House.

@ShankarSharanya: I saw the shooting. 5 puffs of gunfire and saw the suspect drive away quickly on a lane that was closed.

Her claims, unsubstantiated, were retweeted by a local reporter and at least one local blog. Several people (including myself) pressed her for more information, corroboration. Perhaps too many people: she soon deleted her Twitter account and pulled down a blog post she’d written.

While the DC police were telling media that the shots were a local matter, a dispute between two cars, Mount Holyoke student Shankar Sharanya described what actually happened. Not until the next day did it become obvious that her version of the story was correct, after the police had pieced things together and the Secret Service had found a bullet hole in a window of the executive mansion.

So who broke the story? Sharanya? The reporters who retweeted her? No one?

Questions like this used to have an easy answer. Today, it’s much murkier.

Earlier this week, Buzzfeed’s Ben Smith wrote an article in which he noted that scoops, the traditional reserve currency of journalism, are becoming harder to identify in a massive Twitter flood of breaking news. He cites the example of a story he thought that his team broke, about Santorum lacking signatures to be on the ballot in Indiana. He soon discovered that a local radio station in Indiana had the story first, but very few people on Twitter – including BuzzFeed’s hyperattentive crew – noticed it.

And despite tweets from several of our fairly widely-followed political reporters’ accounts, our story — written and played as a scoop — flashed by the Twitter stream fast enough that, when Santorum was asked about the report later that afternoon, it felt like news again to many reporters and junkies.

Smith, when asked, gave the scoop to the radio station, WIBC, “indisputably.”

But who broke the story?

It helps to define our terms. As Trevor Gilbert noted at Pando Daily yesterday, the terms “scoop” and “breaking a story” can sometimes overlap. A scoop generally refers to one of two things: being the first to break news that will soon be ubiquitous or uncovering a story that no one else has seen.

In the BuzzFeed example, Smith is using that first definition, being first on a story. There’s benefit in such scoops, which is why, to Smith and others, it is important to give credit for scooping breaking news where due. Being first on a story yields bragging rights, but it also helps establish a brand as being a place to go for the latest information. In any media environment, that’s an important advantage; online, it translates into pageviews.

That’s not much different than the media world of a century ago, in which newspapers and other periodicals were the only institutions with the ability to disseminate information rapidly. But now, the competition for first unveiling a story is exponentially larger.

In 2009, Dave Winer wrote an essay about the Times’ profitability struggles titled, “Sources Go Direct.” In it, he explores idea that reporters had become an at-times unnecessary intermediary between story and consumer.

Like it or not, and some Times reporters appear not to like it — much of the value in the Times is captured by its sources. The reporters, when they’re doing their best work, are facilitating the flow of ideas and information from sources to readers. And don’t miss that the flow works the other way too, from readers back to sources. The newspapers have been complaining wildly about this, they say the bloggers get their ideas from news people. And who do you think the news people get their ideas from? And the truth is that a lot of the bloggers they don’t like are also sources.

Unlike a century ago, we can all have a public outlet, all have subscribers. The vocal power that was once conferred by buying ink by the barrel is now implicitly exhibited by follower counts and page views. Tools like Klout attempt to measure everyone’s impact on social media. That’s a tough task, subject to how one answers this question: what’s valuable behavior – to the producer, to the audience – in a social media world?

For a media outlet, it’s two-fold: surfacing and analyzing information.

Sky News this week announced its reporters were not to retweet other journalists or people on Twitter – any information, in short, that has not gone through their internal editorial process. What they’re saying, in other words, is that everyone on Twitter is a source, not a reporter. KIBC and Sharanya are equivalent voices in the crowd, unprocessed. Sky News considers the analysis aspect of news broken on social media more valuable than surfacing it.

The response from other media outlets was highly critical – surfacing information on social media, after all, is a lot of the intrinsic value of the medium. With Sky News is at one end of the spectrum, many media companies are at the other end, near Winer’s viewpoint: all sources are reporters of varying credibility. Media outlets who hold this view manage the wire: breaking news, sharing it, debunking in real-time.

Twitter is now what the streets of New York were in 1912: a roiling stew of information and conversation, some small percentage of which is newsworthy. In the social media community, KIBC’s unheard story was less of a story than Shankar Sharanya’s retweeted and analyzed one – despite the source of the information, independent of credibility. There must be a standard: if BuzzFeed had retweeted KIBC, consensus indicates that KIBC gets the scoop. But if they had retweeted Sharanya, does BuzzFeed?

If a story, no matter the source, doesn’t ripple through Twitter, if it’s a tiny unheard blip: has it been told?

If you break a story and no one hears it: do you deserve the scoop?