While Media Argues Over ‘Muslim Terrorism’ Label, What About Vulnerability To Future Attacks? 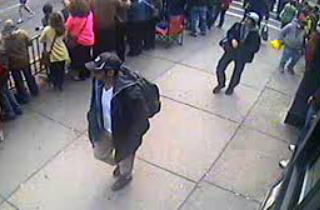 In the aftermath of the Boston bombing, cable news coverage has quickly shifted from a week long play-by-play of the tragedy and manhunt for the two suspects to playing the who knew, when did they know it, and “Who’s to Blame?” game. The finger pointing has been wagged at the FBI and Obama administration, as a growing chorus of lawmakers and security experts pontificate about intelligence failures, specifically in regards to Tamerlan Tsarnaev’s radicalization and the red flags that were missed in the form of text messages his mother sent to family hinting at his willingness to die for Islam and an actual phone conversation between the mother and elder son about jihad.

Now, the conversation in the media has taken the typical turn toward hysteria, as a swath of right-wing commentators and lawmakers lead the charge to exclusively target the Muslim community as the source of America’s terrorism threat. This fight over the Muslim terrorism label was on full display on Sunday’s Meet The Press as Rep. Peter King (R-NY) duked it out with Rep. Keith Ellison (D-MN).

“Most Muslims are outstanding people, but the threat is coming from the Muslim community,” King said. He later criticized the FBI, asking why they didn’t talk to Tsarnaev’s mosque or the imam, suggesting, “I think they are afraid to somehow be called anti-Muslim or anti-Islam.”

Ellison, who is Muslim, shot back:

“It’s ineffective law enforcement to go after a particular community. I think what we need to look at is behavior and follow those leads where they would lead. Once you start saying we’re going to dragnet or surveil a community, what you do is you ignore dangerous threats that are not in that community and go after people that don’t have anything to do with it.”

This “debate” has been the medias latest obsession, as it’s easier to fall back on a conversation that casts aspersions on specific communities in the absence of easy answers on the why and how behind this attack. As this happens, one vital conversation regarding the future has gone completely ignored — how is our government and law enforcement going to work together to tighten security in obvious blind spots, as the Boston Marathon revealed?

Since the attack, security experts continue to appear all over cable to comment on the matter, but little to no focus has been on how, in an open and free society where things like marathons, street fairs, job fairs, and expos occur on a weekly basis, we can tighten up security to a point where it does not infringe on our freedom or spirit.

Where are the questions to the countless FBI experts sleeping in cable news greenrooms since Boston on what actual measures can be taken moving forward to sure up outdoor or indoor events, so that two young males with backpack bombs don’t go unchecked and later inflict mass terror?

The sad reality is this could happen anywhere in the country, from a busy subway where anyone can walk on with a weapon, to a sports stadium with lax security. This fact brought me to speak with former NYPD Police Detective Tom Ruskin, who ran crisis management for the New York Police Department in the 1990’s and is now President of CMP Group. He told me:

You’re not going to be able to check everyones backpack and everyones checkpoint everyday, it would be an all consuming effort. It’s almost virtually impossible to stop every attack, and law enforcement has known this since 9/11.

This stark realization leads to another question—if it’s impossible to stop every attack, what do we do to stop as many as possible? How does law enforcement secure a 26.2 mile marathon without creating a police state? How can you go to an outdoors concert this summer without having to go through a barrage of medal detectors or security checkpoints while still having peace of mind that the only loud noises will be coming from the crowd rather than a bomb? How can the surviving children in Boston embark on their adult lives without worrying every time they go out to a bar, or sporting event, or take public transportation?

Moving on from the logistical focus of security, where is the robust debate between civil-libertarian champions and security hawks, battling over whether it is more important for America to protect its citizens security or freedoms? (Here’s hoping for a Ron Paul/Donald Rumsfeld showdown.) Sure, Glenn Greenwald battled with former CIA officer Buck Sexton on whether America’s overseas action has fueled the jidad against it, but isn’t there a much larger discussion our media can spearhead on what Americans want their government and law enforcement to prioritize—tightening up security and disregarding the minor or major intrusion that may result, or demanding their freedom to move around and live without major restraint or inconvenience.

These are important conversation not being held on cable news after the Boston bombing, and although the answers about how and why the Boston suspects became radicalized, and whether law enforcement could have done more is relevant, it shouldn’t be the main point of coverage as this story evolves, and as new information reveals itself.

Looking in the rearview mirror only gets you so far, and it surely does nothing to deter or stop the terrorists emboldened by Boston. If cable used the endless hours with security experts post-Boston to address the issue of current and future security, bringing in voices from both the civil liberties persuasion and law enforcement, we might be able to do more than change the conversation.