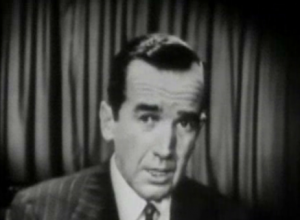 It seems fairly certain that very soon, CBS News will come to the end of the Katie Couric era. For many, that means an entertaining round of media speculation about who will inherit the anchor chair at the CBS Evening News.

Much of the speculation has focused on Scott Pelley, the CBS lifer who’s a correspondent at 60 Minutes. Pelley’s a nice guy, a good reporter and would surely do a fine job as an evening news anchor.

But the question for CBS now shouldn’t really be “who gets Katie’s job,” but rather, “why should anybody get that job?” The concept of the network evening newscast is dated at best—a throwback to time last century when there were only three television networks and the anchors were titanic figures.

Times have changed. The audience for the evening news has aged—as evidenced by NBC’s plans this week to pitch the NBC Nightly News to advertisers as a kind of bargain, admitting that yes, 2/3 of the ads on Nightly are medicines or “personal care” products that appeal to an older demographic, but the network says those viewers tend to watch TV live, and they stick around through the commercials. Great for advertisers!

In other words, network evening news viewers don’t watch television the way people do today. We DVR, we download, we stream, we time shift, and many of us only see commercials when we watch programming on Hulu or at the top of a DVD that won’t let us skip ahead to the menu.

So in that landscape, why stick with the CBS Evening News? The only reasons I can think of are these: first, it’s a tradition. It connects us to the days of Edward R. Murrow and Walter Cronkite, and for that reason, it’s hard to argue killing it. But that’s merely an emotional reaction, not a business one.

The second reason to keep a third network newscast is an even bigger concern: if CBS folds the tent on the Evening News, that’s surrendering some ever more rare news real estate on a network—without a cable channel—that just doesn’t have much news product to cut.

You can imagine a post-Couric and post-Evening News world where the local news on CBS stations would be followed not by a third-rated network newscast, but a somewhat better rated game show or yet another entertainment magazine. So we give up Bob Schieffer and Lara Logan and get Snooki and Lindsay Lohan.

That sounds like a seriously bad deal–even if the economics make sense.

And yet, it’s really hard to argue for the CBS Evening News. If Scott Pelley takes the job, the newscast will likely continue to struggle in the ratings—hobbled, as Couric herself argues this week to The New York Times, by poor lead-ins from local CBS stations that also have ratings issues.

So what’s the answer?

I’d urge CBS to kill the CBS Evening News, but hold on to that news real estate. Instead of putting another anchor into a newscast that doesn’t compete but keeps doing the same thing, why not experiment? Offer an alternative to ABC’s World News and NBC Nightly News—and to the high volume politics and opinion on cable news at that hour. 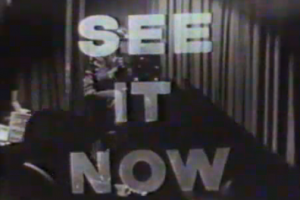 What if CBS took a page from its own amazing history and transformed the 6:30 half hour into a modern See It Now, with a truly gifted journalist taking thirty minutes five nights a week to delve deeply—and aggressively—into the most controversial and important topics we face as a country? A real reporter given a platform not to become yet another TV blowhard, but rather, to be willing to chose serious and important over sensational and meaningless.

The original See It Now, hosted by Murrow, took viewers to talk to soldiers in Korea at Christmas, and fearlessly took on the Red Scare in the form of Joe McCarthy. It was never a ratings powerhouse, but it racked up journalism’s highest honors and it created the legend that was CBS News. 60 Minutes (Pelley’s home) grew out of See It Now, and surely there are people at CBS today who could create a show worthy to bear the See It Now name.

With the lowest of expectations, CBS would have little immediate pressure to deliver ratings, but could do something entirely unexpected: create something new (and old) and something important. Something, arguably, that younger viewers and non-evening-news watching viewers might set their DVRs for, to watch later in the evening. (Yes, call me nuts, but I still believe there’s an appetite out there–maybe not a huge one, but at least as big as that of the current CBS Evening News–for serious reporting on important stuff)

Who could take the Murrow role? Who has the courage, the smarts, the reporting chops and the passion to make See It Now must-see-TV in 2011?

Well, I’d argue that’s a much better question for CBS than who should replace Katie Couric as anchor of the CBS Evening News.