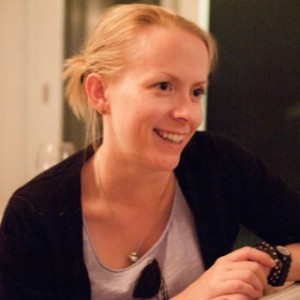 When we talk about women entrepreneurs (damn that modifier is getting tired), the metric seems to be about VC dollars and the list of speakers at tech events.

What we are really talking about is recognition.

You can argue that women don’t approach VCs, and you can argue about why that is and what the results are when they do. I tend to believe that if you flood the zone, you overwhelm the defense, and then they have to change their play. How’s that for a sports metaphor, Anil Dash?

But the question that just shut my brain off at the recent Startup Weekend presentations was something like, “Well, since everyone knows it’s really hard to find women-run start-ups…” and that was it, I tuned out.

Women start tons of businesses. They get SBA loans or they bootstrap. They hustle. They build slowly and organically. They make money, and they don’t default on their loans. They’re great bets for investment. We can talk about the causes of this approach all day (hint: none are biological).

Recognition is about seeing something and knowing what it is when you see it. It’s about understanding and familiarity. Women entrepreneurs and business leaders are often neither seen nor heard outside their companies or industries.

But suggesting that because they are invisible, they are scarce, is a fallacy. Want to find a women-run business, just look around. Huffington Post, Flickr and Hunch, LifeHacker, Blogger, Net-a-Porter and BoingBoing are all women founded tech/media companies. The Body Shop, Oprah Winfrey, Martha Stewart Omnimedia, Baby Einstein are all women-founded businesses. Sara Lee, Yahoo!, Xerox, WellPoint, RiteAid, Sunoco, Reynolds, DuPont, Avon, PepsiCo and Kraft have female CEOs.

So why so little recognition (seriously internets, you want to keep offering me Mrs. Fields and Coco Chanel as your examples of women-run businesses?) for the women who are every day starting and running multi-million or multi-billion dollar businesses?

(1) Women have convinced themselves that fame is an unnecessary form of credit because it is an unlikely form of credit. It’s a modeling problem that sounds tautological: if there were more women on the dais or named in the press release, there’d be more women on the dais or on the press release. Women would think it was more likely, more necessary.

(2) Investors and reporters aren’t actually bothering to look out for the women. Without a coach calling up the scout and saying, “you gotta see this kid play,” and then hounding the scout with video and local press clippings, the scout doesn’t come to see the kid play, doesn’t sign him, he never plays in the major leagues. Doesn’t make a very good Costner vehicle, does it?

(1) Ladies, stop using the “reality-based paradigm.” Follow the Bush administration’s model and make reality. Show up, en masse, and make a new normal. No more 80/20. Flood the zone. Don’t think there are only so many seats at the table for women; all the seats are available. Which means, ladies, you’re going to have to compete with men. The nice story you tell yourselves about “competing our way” … Well, if you want recognition, then that strategy ain’t working. If you want to be successful and run a business your own way and bootstrap and never appear in Inc or Fast Company or Wired or the Journal, then do it your way. There’s honor in that. But you can’t then claim that you’re not getting recognition; recognition won’t be a result of your business strategy, if it isn’t the objective of your business strategy.

(2) Organizations like Women Who Tech and Girls in Tech and Girls in Tech and Change the Ratio: raising awareness is great, educating women is great, increasing turnout is great. But you’ve got to do one better. You’ve got to make your members famous. You’ve got to shout from the rooftops and murmur over cocktails and flog until it gets old how amazing your members are. You have to promote: self-promote, mutually promote, just promote the hell out of what these women (who rely on you for access to the tech and entrepreneurialism scenes) are doing. You have to brag. Being demure, apologizing, speaking in soft, low tones? Maybe that catches you a husband, I wouldn’t know. But it sure as hell ain’t getting you investors and press clippings.

If you don’t want those things, that’s great too. But clearly many of you do, otherwise this wouldn’t be such a hot topic. So, want to obviate that insipid observation (“it’s too hard to find women-run start-ups”)? Get in their faces.

P.S. Reporters and analysts? When you get invited to Women Who Tech, Girls in Tech, Women 2.0 or Change the Ratio events, go. If nobody shows up but you, then you can say there aren’t any women entrepreneurs.

Farrah Bostic is a strategist, entrepreneur and the co-founder of Near Future Media. She blogs at Pretty Little Head, where this post was originally published. Photo by Bryan Thatcher.