Women in Tech: Look Around the World and Keep Complaining

Women in Tech: Look Around the World and Keep Complaining 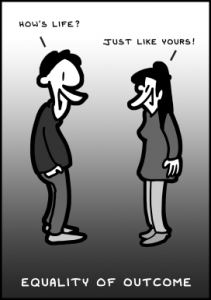 Here’s the thing: A headline on TechCrunch reading: “Women in Tech: Look Around the World and Stop Complaining” is meant to be inflammatory. I get it. I certainly would not have clicked on just the URL:

No offense to Kai Fu Lee, but that’s not sexy, controversial, muscle-flexy, bird-flippy. HEY YOU UNGRATEFUL WOMEN, STOP COMPLAINING! is. And hey, I’m writing about it! So, I get it.

I saw that headline and first thought it was a plea for perspective in the face of global problems that women could be using our collective power to address. Pakistan relief? Millennium Development Goals? Orgs likeBPeace or Kiva? There’s all sorts of things to be done on any and all of those fronts. Then I thought about orgs like Goods4Good, Foundation Rwanda, Haiti Rewired, and also how looking around the world impelled me to start Charitini and Cindy Gallop to start If We Ran The World. Oh but wait that’s not what Lacy was talking about.

Sorry, I have to read it again to figure out what she was talking about. Because first it seemed that she’d looked around the world (well, Asian tech-industry wise) and seen pretty much the same patterns where gender disparities were concerned (“Not enough role models, not enough mentoring and problems with work-family life balance….at least everyone in the world seems to have the exact same issue”). But then there was this:

According to the World Economic Forum’s statistics, there is almost gender parity when it came to technical and professional jobs and leadership roles in the United States. Huh?

You don’t have to be a business reporter for fifteen years to know CEO and director level jobs are highly lopsided towards men. Tech or not in tech, there are simply not as many of women in successful, high-profile leadership roles…I challenged the numbers and was told they get thinner as you go up the ladder, which explains the disconnect.

Okay so am I crazy or does this sound like Lacy is agreeing with the central thesis of Change The Ratio and the like? I have used that word “lopsided” so many times when discussing the male-female ratio (ratios like this and this and this and this and this and this and yes this)  and the WSJ article that kicked this whole thing off was about different groups which had identified the problem and were taking action toward a solution. (As a side note, it’s funny how little that original article is returned to. Guess it’s easier to dismiss that action as “complaining”). 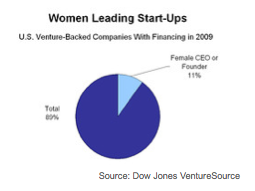 Lacy goes on: “But the numbers show that in the US women are equal to men in getting a foot in the door, which is more than developing markets can claim…Statistically you are the envy of the world.” So look at that headline again: “Women, look around the world and stop complaining!” Translation: Be grateful for what you have. To which I can only respond: Blergh.

Lacy, however, then makes an extremely cogent point: That a lot of women who start out on par with men voluntarily exit the pool to have kids or whatnot. Said Lacy: “Here’s what we need: A serious study that looks at choice. Are more women not in management decisions by choice or because the chose not to be or because of a glass ceiling?” The headline there would have been: “Women In Tech: Just How Much of the Ratio is a Function of Choice?” Great headline, highlighting a new and thoughtful element to the discussion. Alas, Lacy declined to go that route.

I find it sort of ironic that she’s tired of all the bellyaching yet supports complacency and serene acceptance of the thing that people are bellyaching about. Sort of bizarro logic, really. Not to mention the reiteration of the “don’t complain, do something!” meme which dismisses advocacy and agitation as inaction. Also, I would have liked to have seen some of those statistics grounding this totally unsupported assertion: “Maybe you’re at a disadvantage, but for most immigrants, women or other minorities being at a disadvantage has made them stronger.” Stronger how? Richer? More influential or successful? Or the generic “we learn from our obstacles, and don’t forget that there are two sets of footsteps on the beach, except for when it’s really hard and God will carry you.” Come now. Of course obstacles make us stronger – Steve Jobs, Bill Gates and any other super-success story would say that. But to suggest that the challenges of a lopsided ratio are the reasons for women to be MORE successful and thus overcome the ratio so if the ratio doesn’t change it’s their fault…well, that’s just a tad insulting.

There’s a difference between that cartoon above and what Lacy is advocating. Lacy is not saying women have it better than *everyone* else, just people that are worse off.  That may be the lamest argument ever in support of the status quo. And no one should stop pushing to improve on it until that cartoon above becomes a reality. Until then, women, look around the world and keep complaining.

p.s.I cut out a bit of Lacy’s blockquote above, where the ellipsis is, because of a non-sequitur – that many of the most successful female CEOs “don’t want to do media interviews because they are sick to death of this topic that some people say – constantly—doesn’t ‘get enough attention.’” I took it out because whether or not someone wants to do interviews does not have any bearing on whether they are in a high-profile leadership role. Also, as I wrote earlier on Change The Ratio, probably they’d be sick to death of being only asked about being a woman as opposed to being asked about all sorts of stuff across the board. Note again who was, and was not, quoted in April’s NYmag cover story on the NY tech scene.

Republished with slight modifications from this post at Change The Ratio. Pie chart from the Wall Street Journal. “Equality of Outcome” cartoon from the Office of the First Minister, UK.