Man Boasted of Storming the Capitol to a Bumble Match. She Reported Him to the FBI. 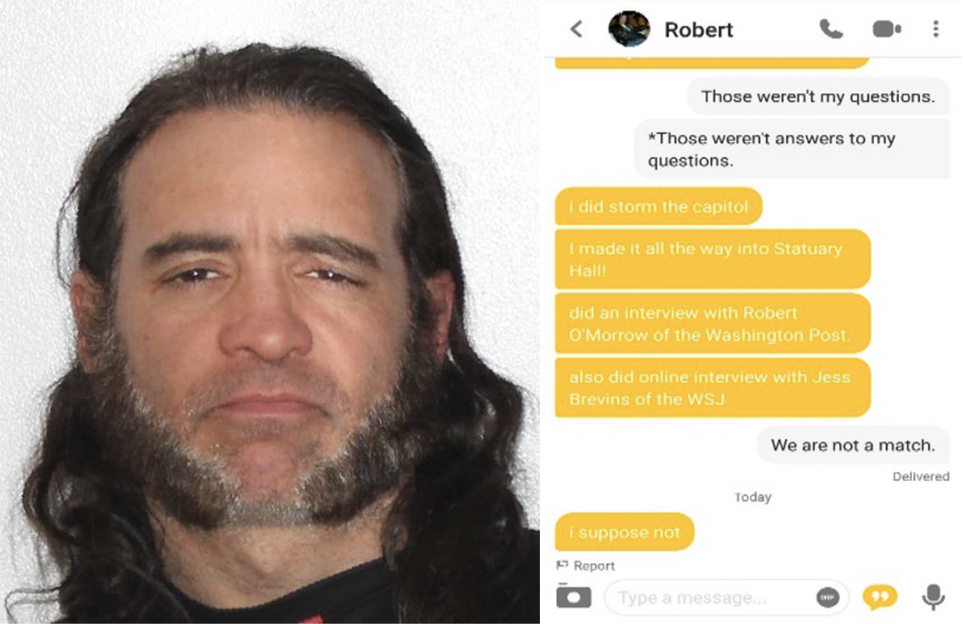 The Trump supporters that stormed the U.S. Capitol on January 6 have since faced the wrath of the U.S. Department of Justice, which has used news reports, social media, and random tips to crack down on the rioters. Some were easier to find than others.

Days after the attack, Robert Chapman of Carmel, New York bragged to a match on the dating service Bumble that he had stormed the Capitol.

She reported him to the police.

“I did storm the capitol,” Chapman allegedly told the match, apparently without checking if insurrection was her kink. “I made it all the way to Statuary Hall.”

“We are not a match,” she replied, according to court documents. “I suppose not,” Chapman conceded.

He was arrested by the FBI on Thursday and charged with trespassing at the U.S. Capitol and disrupting official government operations.

It wasn’t just a tip from an unimpressed Bumble match that police used to nab Chapman. Police scoured his social media pages, and found a Facebook account believed to be his. He allegedly wrote in one post: “I’M FUCKIN INSIDE THE CRAPITOL!!!” 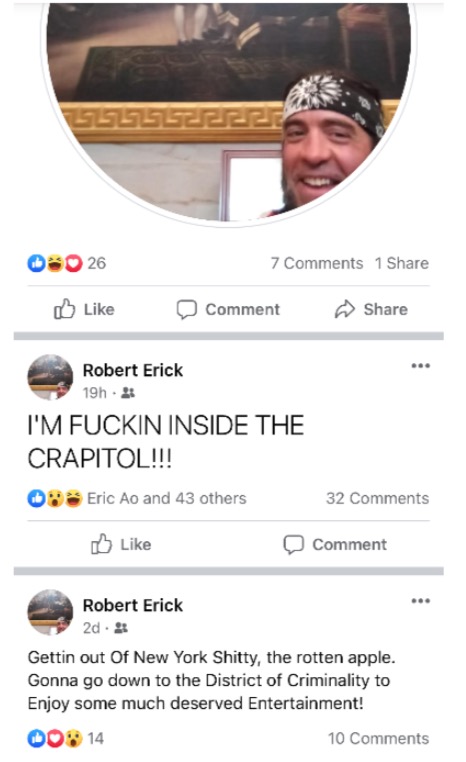 Other Facebook posts included selfies and videos from inside the Capitol. 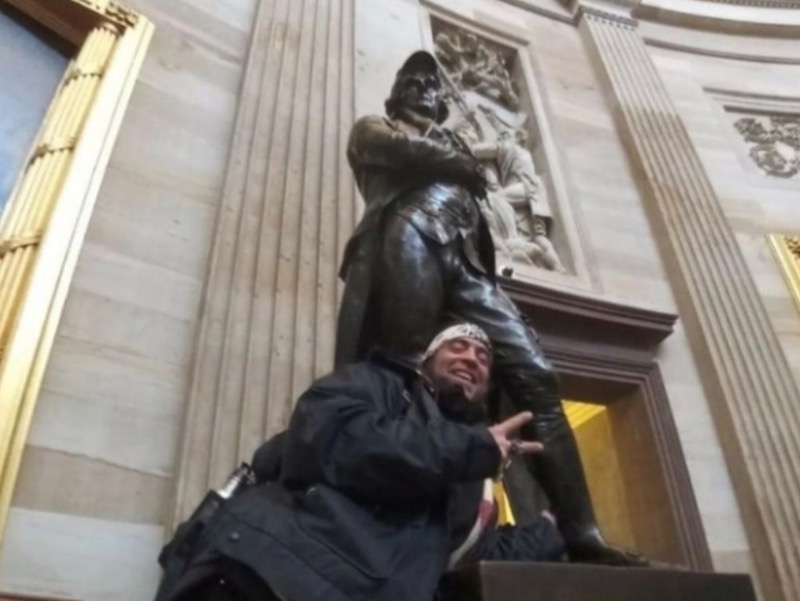 Thus far, a staggering 427 people have been arrested and charged with crimes for participating in the January 6 attack, in which a horde of supporters of President Donald Trump stormed the Capitol, battering police and ransacking the Capitol Building in an effort to thwart the certification of Joe Biden’s 2020 election victory.

A potential takeaway from this particular arrest: Don’t date and riot.