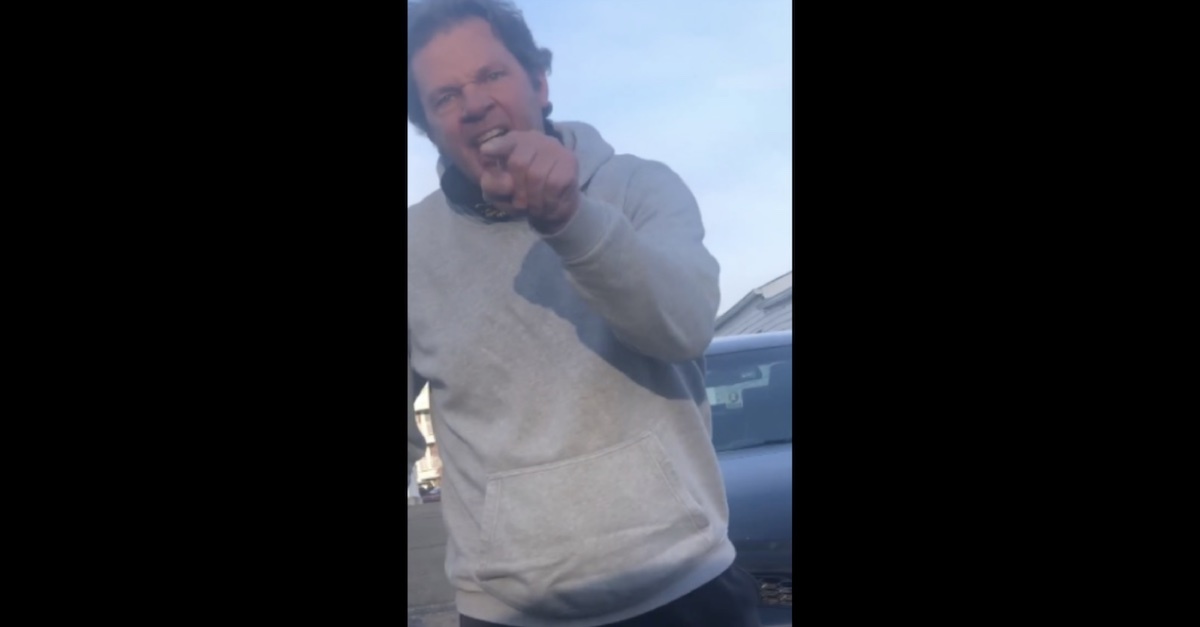 Police in Ohio have arrested a man who was captured in a now viral video delivering a racist and threatening diatribe against Black motorist working for Door Dash as her two-year-old daughter was in the car with her. James Rhodes of Stow, Ohio has been charged with aggravated menacing and ethnic intimidation, David Begnaud of CBS News reports.

The incident happened on April 17 at an apartment complex in Stow. Rhodes told the motorist he had an AK-47 in his car and that he’d “blow [her] f***ing head off.”

During a separate exchange with Rhodes, onlookers can be heard telling him to stop saying racist things. In response, he throws up his hands and asks, “What are they, gonna come arrest me?”

The incident allegedly began when the Door Dash driver, who was behind Rhodes at a stop sign, drove around his car because it had been idling at the sign for a time.

In a video taken by the victim, Rhodes is seen getting out of his car and goes into a racist, expletive-laden rant.

“How do you know that?” asks the driver.

The motorist calmly asks him his name.

Incredibly, the Door Dash worker lets out a laugh and casually drives away.

CBS’ Begnaud reports that Wyndham Ridge Apartments, where Rhodes lives, has initiated the process of evicting him.