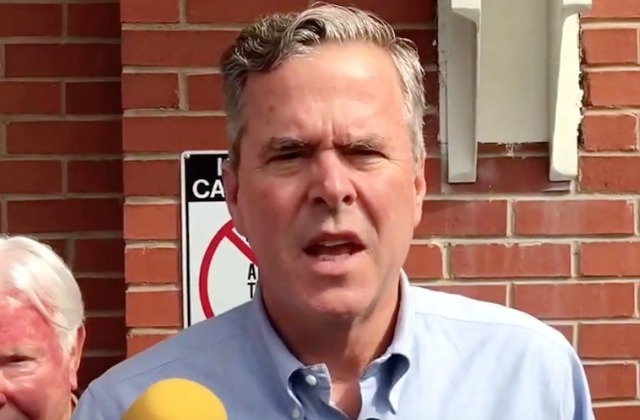 Failed presidential candidate, and guy who could be doing “really cool things,” Jeb Bush, spoke to USA Today today in a conversation that touched on the GOP’s prospects in the midterm elections and, of course, the specter of President Donald Trump.

Bush’s dislike of Trump is not exactly a secret and he told the newspaper that the president’s many character flaws has made it difficult for him to succeed, taking special care to mention “his incredible view that the world revolves around him.”

“The character of the guy and the (turnover) and fighting, and just the constant chaos around his presidency that is self-inflicted has made it hard for him,” he said. “I want the president to succeed. I don’t think he will succeed if he continues on this path.”

Bush warned the paper that Trump’s personality could doom the entire GOP — if he doesn’t manage to extricate himself from local races.

As for his future political prospects, Bush said that Washington D.C. is simply too toxic for him to jump back into the fray.

“Until that changes, I don’t anticipate running for anything,” he said.