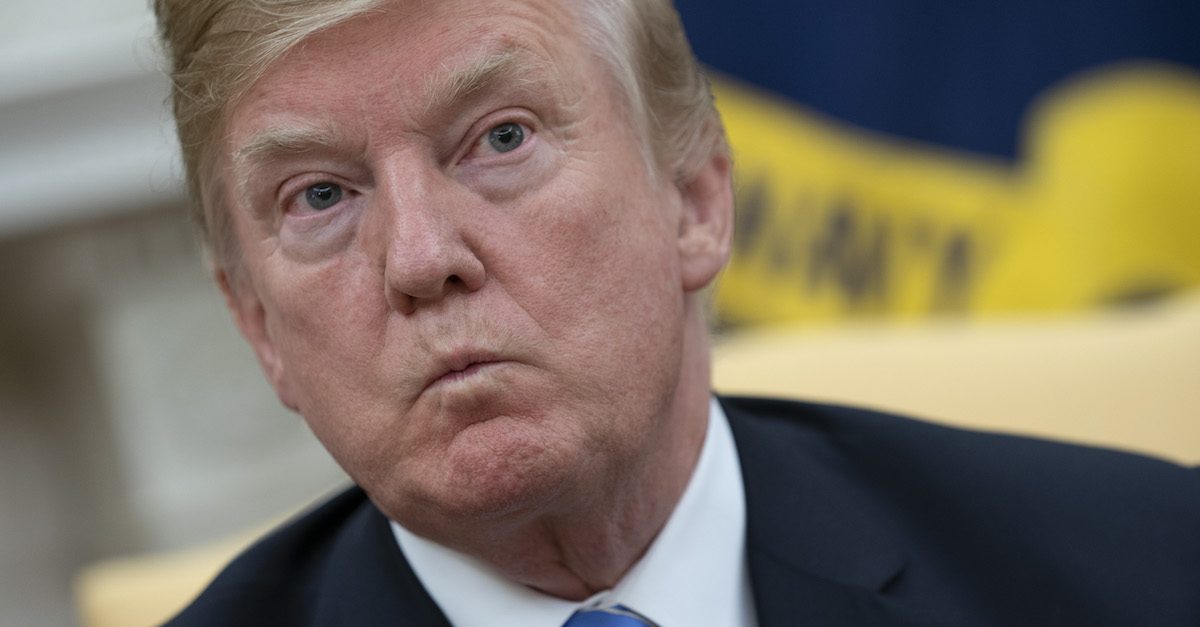 President Donald Trump continued his ongoing effort to undermine the findings of the Mueller Report via Twitter, but in the Wednesday morning edition, he presented a newsworthy tact he apparently has under consideration.

While he reiterated previous claims (though in different words) that the investigation was a waste of time, money and was ultimately ineffective (“didn’t lay a glove on me”), Trump did suggest that if “the partisan Dems tried to Impeach, I would first head to the U.S. Supreme court.” He then continued to proclaim that there were no “High Crimes and Misdemeanors” and no Crimes “by me at all.”

The Mueller Report, despite being written by Angry Democrats and Trump Haters, and with unlimited money behind it ($35,000,000), didn’t lay a glove on me. I DID NOTHING WRONG. If the partisan Dems ever tried to Impeach, I would first head to the U.S. Supreme Court. Not only……

…..are there no “High Crimes and Misdemeanors,” there are no Crimes by me at all. All of the Crimes were committed by Crooked Hillary, the Dems, the DNC and Dirty Cops – and we caught them in the act! We waited for Mueller and WON, so now the Dems look to Congress as last hope!

The charge “high crimes” in the Constitution is a reference to misconduct that can only be committed by a person in a top level of authority because of the oath they took when assuming power; it does not necessarily refer to breaking the law.

Additionally, while Mueller’s long-awaited report cleared Trump of criminal conspiracy with the Kremlin, federal prosecutors in Southern District of New York have suggested Trump is an unindicted co-conspirator in the hush money payments that resulted in felony convictions.

As for the report’s actual commentary on possible criminal charges against Trump, Mueller’s team noted that they could not exonerate him on obstruction.