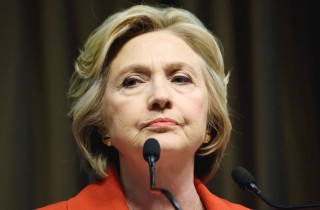 According to multiple sources, the FBI has reopened its investigation into former Secretary of State Hillary Clinton‘s use of a private email server for government business after discovering a new batch of relevant emails.

Republican chairman of the House Committee on Oversight and Government Reform Jason Chaffetz broke the news on Twitter Friday afternoon.

FBI Dir just informed me, “The FBI has learned of the existence of emails that appear to be pertinent to the investigation.” Case reopened

NBC News quickly confirmed that report, tweeting out an image of a letter sent by FBI director James Comey to members of Congress.

BREAKING NEWS → The FBI is reopening its investigation into Secretary Hillary Clinton.

A great day in our campaign just got even better. FBI reviewing new emails in Clinton probe @CNNPolitics https://t.co/WBltG2lAK6

UPDATE: 2:45 p.m. ET: Trump brought the news up at his rally today, which was met with cheers of “lock her up” from the crowd. Trump said the news means that the system might not be as “rigged” against him as he thought, and that it is the latest sign of Clinton’s political transgressions.

The news has prompted innumerable reactions across Twitter. Among them was Republican National Committee chairman Reince Priebus, who put out a response to the news.