Jennifer Lawrence: ‘Do Not Let This Defeat You- Let This Enrage You’

Jennifer Lawrence: ‘Do Not Let This Defeat You- Let This Enrage You’ 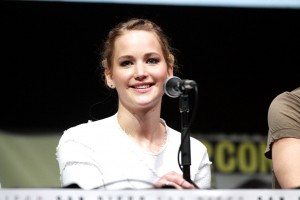 After the results of this week’s election, Oscar-winning actress Jennifer Lawrence has decided to speak out. She wrote an open letter on Vice’s Broadly to encouraged people to be inspired and called to action.

Is this the stark reality? It doesn’t matter how hard you work or how qualified you are, at the end of the day, you’re not a man? Is that what we just learned? This country was founded on immigration and today the only people that feel safe, that their rights are recognized and respected are white men.

I want to be positive; I want to support our democracy, but what can we take away from this? It’s a genuine question that we all need to ask ourselves. We shouldn’t blame anyone, we shouldn’t riot in the streets. We should think strongly and clearly about what to do next because we cannot change the past.

She says, however, that we can work to change our future.

We’re all allowed to be sad that the present isn’t what we thought it was. But we mustn’t be defeated. We will keep educating ourselves and working twice as hard as the man next to us because we know now that it is not fair. It is not fair in the workplace, so you make it impossible to fail. And like Hillary, it might not work.

But like Hillary, you can still be an inspiration and get important things done. Do not let this defeat you—let this enrage you! Let it motivate you! Let this be the fire you didn’t have before. If you are an immigrant, if you are a person of color, if you are LGBTQ+, if you are a woman—don’t be afraid, be loud!

Lawrence is not afraid to speak her mind, and she’s spoken out on behalf of women before. Just last year, she slammed Hollywood for its gender pay gap in an essay for Lena Dunham‘s Lenny Letter.