'Oh, Come On!' Latest Accuser Says Trump Grew Angry When She Tried To Avoid His Kiss

‘Oh, Come On!’ Latest Accuser Says Trump Grew Angry When She Tried To Avoid His Kiss 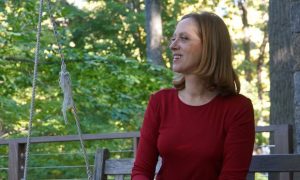 Another day, another woman coming forward with accusations that Republican presidential nominee Donald Trump acted in a sexually inappropriate way with her.

In an interview with The Guardian, 63-year-old Cathy Heller recounted an experience she had with Trump in which he pulled her in for a kiss against her will, getting angry when she tried to avoid it.

On 7 October, as the political world convulsed from the revelation that Trump had bragged about kissing and groping women without their consent, Cathy Heller, 63, was sitting in her New York home fielding incredulous emails from a friend.

“I keep thinking about how he treated you,” her friend wrote, hours after showing Heller the tape. “Obviously not an isolated incident.”

It was a story Heller had told many friends and family members over the years, but is only now telling in public. Some 20 years ago, she claims, when she met Donald Trump for the first and only time, he grabbed her, went for a kiss, and grew angry with her as she twisted away. “Oh, come on,” she alleges that he barked, before holding her firmly in place and planting his lips on hers.

Heller’s description of her encounter with Trump is similar to what Trump described in the infamous “grab ’em by the pussy” hot mic moment from a 2005 Access Hollywood taping. During the conversation caught on tape, Trump said that he tends to just start kissing women before even talking to them.

A number of women have come forth in recent days with allegations of Trump’s impropriety, describing instances that run from inappropriate touching to sexual assault. The dates of these instances range from the late 70s to the late 2000s, which means some of these events occurred while he was married to his current wife Melania. (The Access Hollywood video also happened after he married her.)

Trump has denied all of these accusations, going so far as to question the women’s attractiveness and mental health.

[image via Guardian/photographed by Molly Redden]