Will Smith Slams Donald Trump in New Interview: ‘We Can’t’ Elect Him

Will Smith Slams Donald Trump in New Interview: ‘We Can’t’ Elect Him 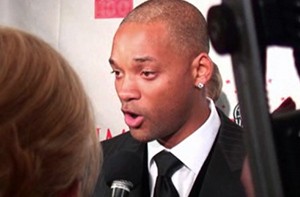 Will Smith is the latest celebrity to take on Donald Trump– specifically, the GOP candidate’s attacks on women. In a new interview with news.com/au the Suicide Squad villain says “For a man to be able to publicly refer to a woman as a fat pig, that makes me teary. And for people to applaud, that is absolutely f*cking insanity to me.”

Smith is of course referring to Trump’s feud with Rosie O’Donnell, whom he’s referred to as a “fat pig.” He’s also tweeted at Arianna Huffington that she’s “unattractive both inside and out,” and called her a “dog.”

.@ariannahuff is unattractive both inside and out. I fully understand why her former husband left her for a man- he made a good decision.

“@laurasgoldman: .@realDonaldTrump why is it necessary to comment on .@ariannahuff looks? Because she is a dog who wrongfully comments on me

Other targets of Trump’s vitriol include Bette Midler and Megyn Kelly.

Smith continued, “My grandmother would have smacked my teeth out of my head if I had referred to a woman as a fat pig. And I cannot understand how people can clap for that. It’s absolutely collective insanity…If one of my sons, I am getting furious just thinking about it, if one of my sons said that in a public place, they couldn’t even live in my house anymore.”

He is hopeful, however, that we won’t elect the former reality TV star. “For me, deep down in my heart, I believe that America won’t and we can’t (elect Mr Trump).”