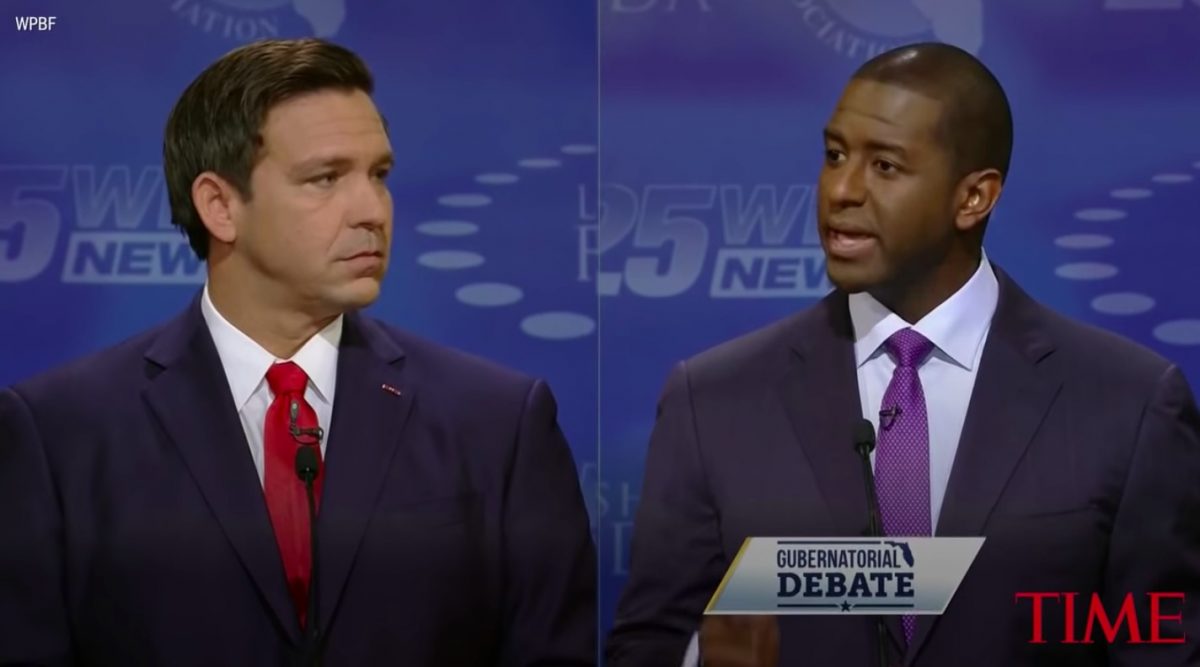 There we have it. Gillum has lost to DeSantis. He just took the stage here in Tallahassee. https://t.co/QlKADyFcvc

There we have it. Gillum has lost to DeSantis. He just took the stage here in Tallahassee. https://t.co/QlKADyFcvc

The Florida Governor race is a face-off between Democrat Andrew Gillum, the mayor of Tallahassee, and Republican Ron DeSantis, a Florida congressman.

The latest poll: A Quinnipiac University poll out Monday had Gillum with a seven-point lead over DeSantis, taking 50 – 43 percent among likely voters.

What pundits are saying: Nate Silver noted on Friday that while the race had tightened slightly, it should not be considered a toss up. “Gillum is about a 3:1 favorite,” Silver said.

The race, in brief: President Donald Trump has taken a keen interest in this particular race, making Gillum a target of his Twitter rage. The president drew controversy when he baselessly called Gillum a “thief.” Gillum — a darling of progressives who has run on a Bernie Sandersesque platform of “Medicare for all” — hasn’t hesitated to fire back directly at the president. “Never wrestle with a pig,” Gillum said in response to Trump’s “thief” jab.

DeSantis, meanwhile, has fashioned himself as the Floridian Donald Trump. His famous campaign ad was remarkable in its fealty to MAGA, even featuring the candidate building a toy wall with his infant daughter and reading The Art of the Deal to his son. As you can imagine, his immigration platform aligns snugly with Trump’s.

Florida will be one of the first states to show results, with polls closing at 7 p.m.