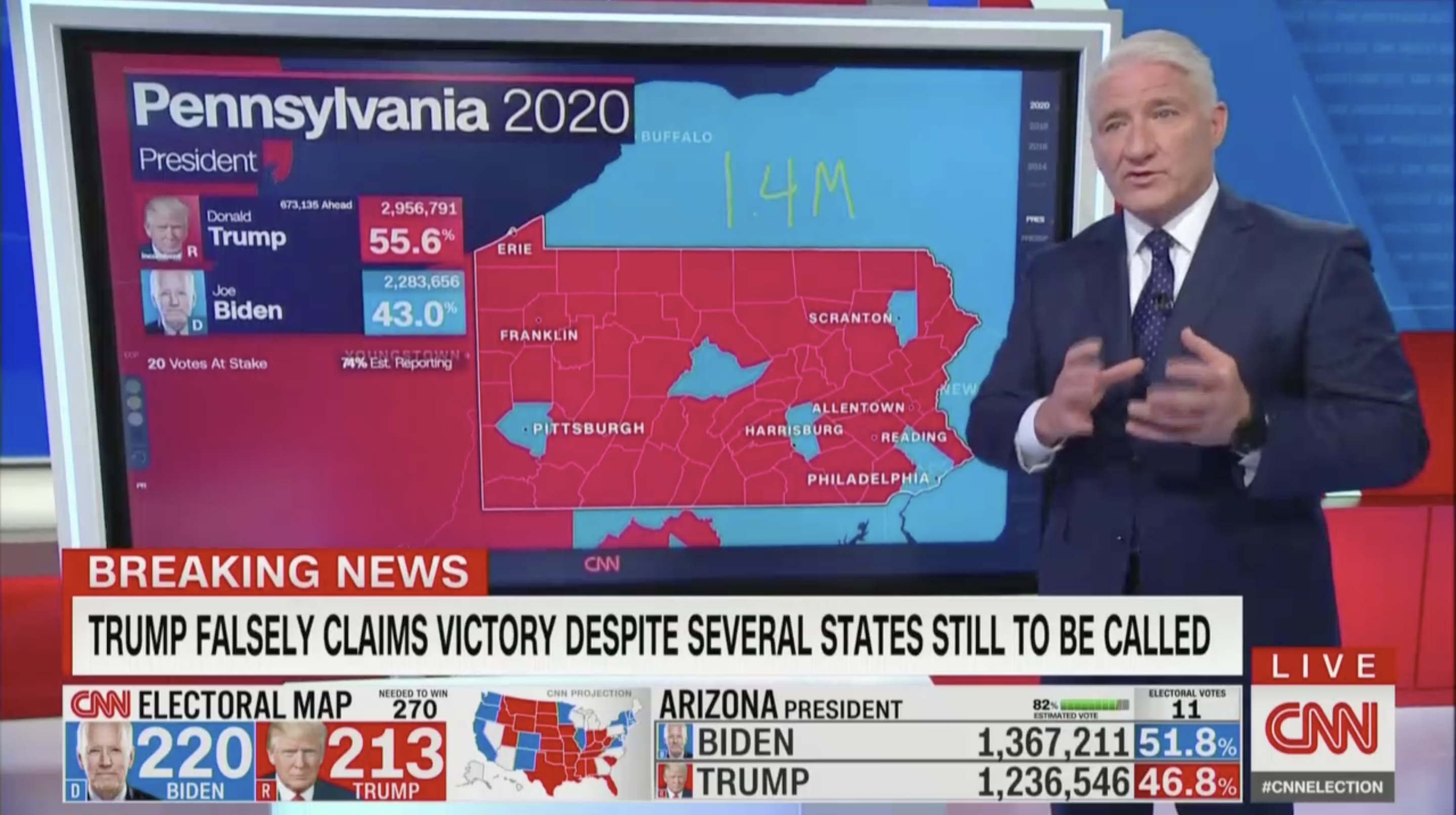 CNN senior national correspondent and anchor John King has been burning both ends of the candle in the aftermath of the nail-biting 2020 election, manning CNN’s Magic Wall for hours at a time to give viewers a look at the states and counties deciding the fates of President Donald Trump and Joe Biden.

The CNN anchor is apparently averaging a mere three hours of sleep a night while appearing live on air 13 hours a day since Election Night. According to the Los Angeles Times’ Christi Carras, who King spoke to Thursday, the cable news anchor works hard and has slept little during the recent election madness.

“I’ve been on air 12-14 hours both Tuesday and Wednesday. Tuesday night I got 2.5 hours sleep; Wednesday night 4. Happy to do as much as I can. This is an amazing and consequential story. More so because of the pandemic and its impact on everything,” King told the Times.