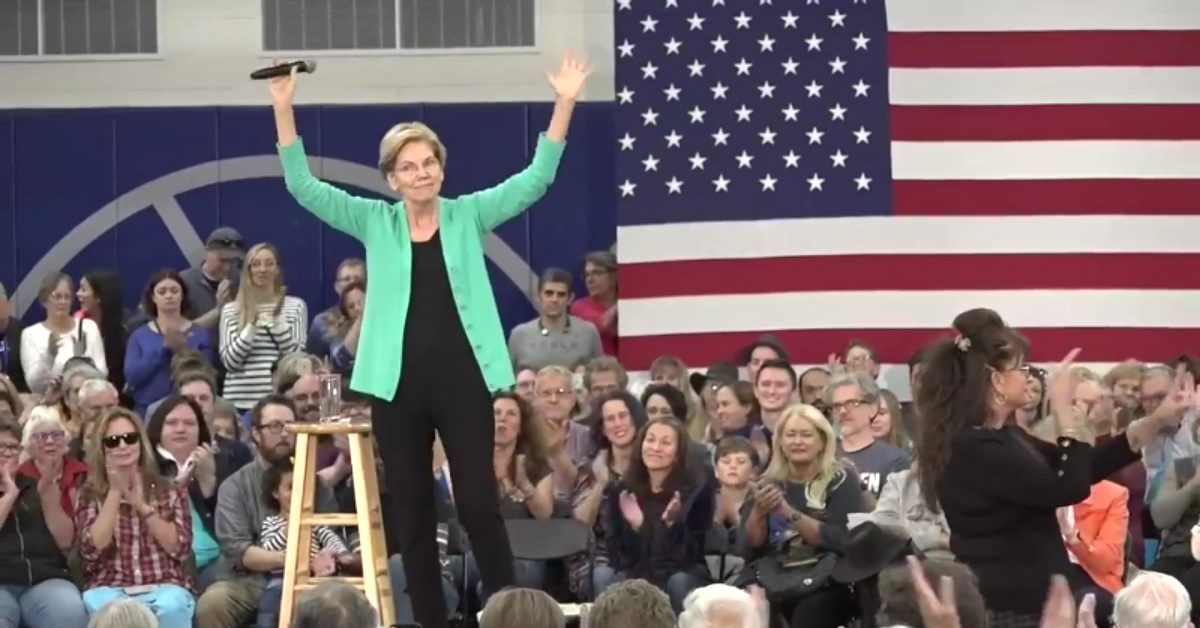 Warren made the pledge in a post on her website titled, “Getting Big Money Out of Politics.”

“In my campaign, I’ve pledged not to take money from federal lobbyists or PACs of any kind. Not to take contributions over $200 from fossil fuel or big pharma executives. Not to give ambassadorships to wealthy donors or bundlers,” Warren declared. “And I’m not doing call time with rich donors or giving special access to rich people in exchange for contributions to my campaign.”

“Today, I’m announcing that in addition to these policies, I’m not going to take any contributions over $200 from executives at big tech companies, big banks, private equity firms, or hedge funds,” she continued. “And when I’m the Democratic nominee for president, I’m not going to change a thing in how I run my campaign: No PACs. No federal lobbyists. No special access or call time with rich donors or big dollar fundraisers to underwrite my campaign.”

Warren also called on other presidential candidates “to disclose any donor or fundraiser who has a special title on their campaign, including national and regional finance committee members and bundler designations, and to disclose the dates and locations of their fundraising events and the names of every person who appears on a host committee on invitations tied to those events.”

“If Democratic candidates for president want to spend their time hobnobbing with the rich and powerful, it is currently legal for them to do so – but they shouldn’t be handing out secret titles and honors to rich donors,” the senator expressed, adding that if she becomes president, she will “implement a comprehensive plan to permanently eliminate big money from our politics and return it to the people.”

Warren’s pledge is a sharp turn from 2016 Democratic presidential nominee Hillary Clinton’s campaign, which had close ties to Google and former Google CEO Eric Schmidt— who was a special guest at Clinton’s 2016 election night party.