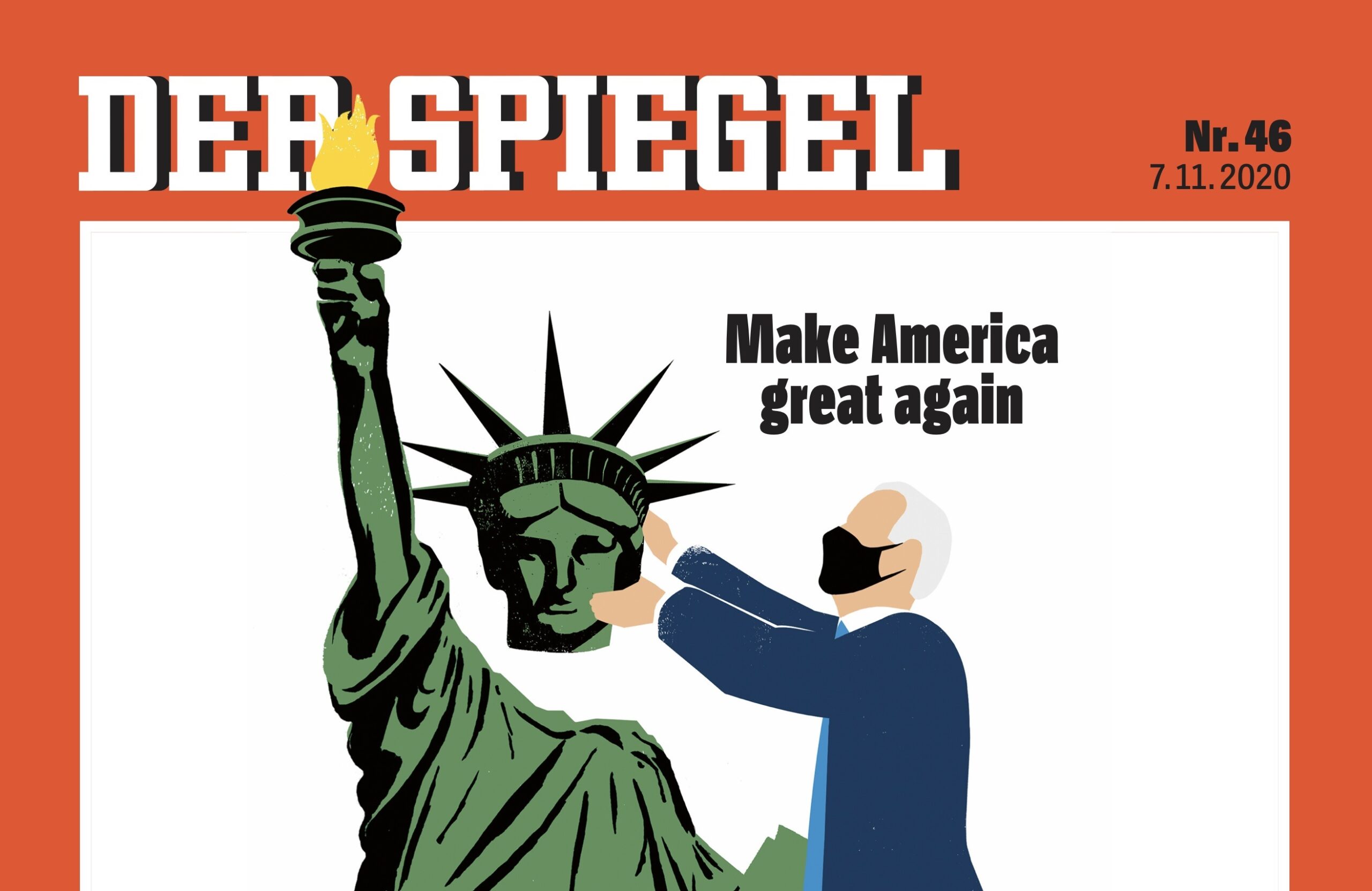 In 2017, following President Donald Trump’s inauguration, Der Spiegel shocked the world with its cover portraying Trump with a bloody knife in one hand and the severed head of the Statue of Liberty in the other.

On Saturday, after Biden was projected to be the winner of the 2020 presidential election, Der Spiegel revisited its iconic cover with an update from Rodriguez: Biden — on a stool — reattaching the Statue of Liberty’s head to its body.

While some celebrated the new cover, conservative commentator Ben Shapiro commented, “I was desperate to know what the Germans think of our democracy. So relieved.”

I was desperate to know what the Germans think of our democracy. So relieved. https://t.co/fQT7RWfI6a