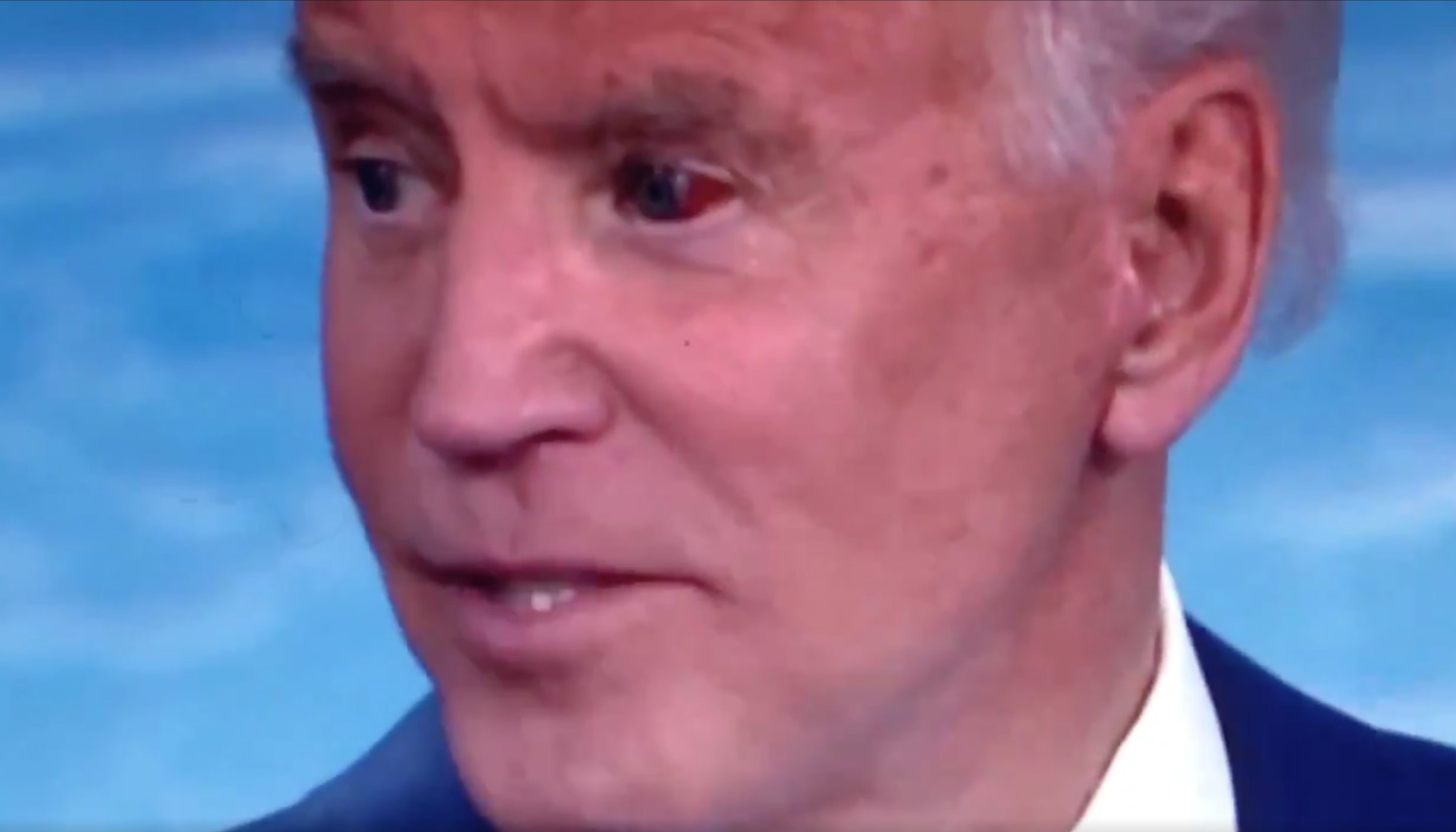 Former Vice President Joe Biden’s performance at the CNN climate change town hall was roundly panned as offering vague, evasive answers on climate policy and an upcoming fundraiser with a fossil fuel executive — although many viewers were apparently just distracted and grossed out by his left eye, which inexplicably filled with blood during the event.

Numerous online critics called out Biden for noncommittal responses and thought that he struggled to offer coherent replies. That last criticism centered on a question from an audience member who took direct aim at the 2020 presidential candidate’s pledge to refuse money from the fossil fuel industry, by confronting Biden about the fundraiser the candidate has scheduled for the very next night at the home of a natural gas executive.

.@JoeBiden‘s answer on fracking was a rambling incoherent mess. Honestly, the more he talks, the more it is clear he is declining cognitively rapidly. It’s irresponsible of the Democratic Party and media to pretend these are “gaffes.” He is not well #ClimateTownHall

That audience question just nailed Biden — he’s going to a high-dollar fundraiser with hedge fund & FF executives tomorrow night. And his response is not that convincing, honestly.

Some context for just one of the reasons why Biden is hedging on every question.#ClimateTownHall https://t.co/puk5CpJAc0

A question now from a fellow Pennsylvanian about the threat of fracked natural gas and what his policies will be. @JoeBiden‘s response seems pretty diffuse and noncommittal. Says he’ll stop new drilling but not call for a ban, and impose safety standards.#CNNClimateTownHall

Biden on banning fracking: “I don’t think we can get it done”, sounds like his new campaign slogan!

Joe Biden’s entire political persona these days is just loudly and emphatically asking “what the hell are we doing here?!” and “what’s going on?!!” with zero solutions. #ClimateTownHall

An average Joe Biden sentence is like, “And look folks, this is America. And I don’t just mean this is America, I mean this is and you see what I mean. And on the flipside, it’s like my gruncle my grunc my uncle said to me. He said look Joe. Anyway. I’m talking too long.”

Getting harder and harder to tell the difference between Joe Biden and this guy… pic.twitter.com/X6KQ6I6SWZ

But policy discussions aside, the very weird, disturbing drama that unfolded inside Biden’s left eyeball turned into must-see TV for some.

His bloody eye is creeping me out.

Joe Biden can’t catch a break – even when he’s not saying something screwy his eye fills up with blood. pic.twitter.com/kN7hIciokl

Will the Green New Deal stop Joe Biden from getting random bloody eyes? If so, I’m in. #GreenNewDeal #ClimateCrisis pic.twitter.com/tfUyD7olNm

Everyone online: “OMG LOOK AT HIS BLOODY EYE”