New Details Suggest Warren May Not Have Leaked Sanders Story 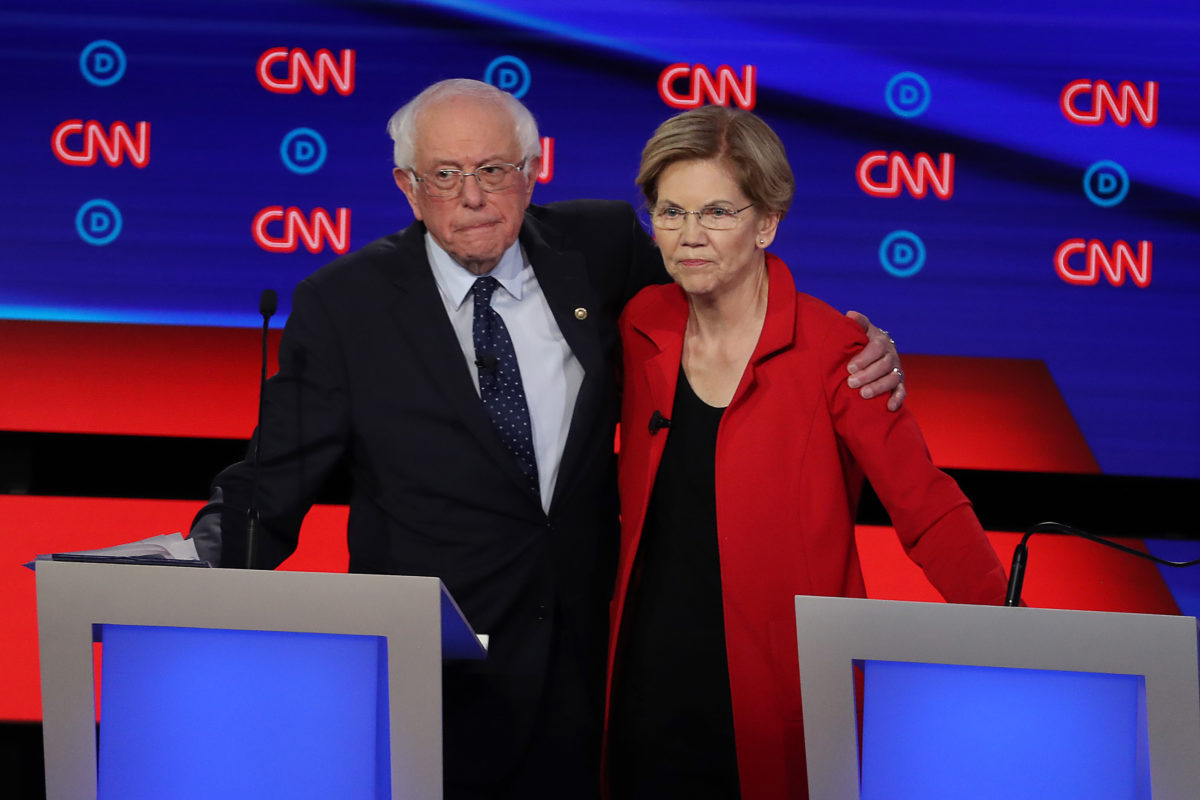 New details emerged on Friday night that offered an alternative narrative as to how CNN got tipped off about its highly controversial story claiming 2020 candidate Bernie Sanders warned fellow Democratic rival Elizabeth Warren that a woman can’t beat President Donald Trump in this year’s election.

Since the story broke on Monday, Warren has repeatedly denied leaking the story to CNN and insisted her campaign was not responsible either. Many Sanders supporters treated her denials with heavy skepticism, however, and some have taken to trolling Warren on Twitter with snake emojis to protest the perceived under-handed media hit on her part.

But according to new reporting by The Intercept, Warren divulged her version of the December 2018 meeting to several political reporters during an off-the-record dinner not long after the two candidates met. These details were curiously buried in a story that looked like a intentional leak by the Sanders campaign and that cited an unnamed Sanders staffer as favorably noting that the campaign had researched whether or not Warren could serve in the dual roles of vice president and Treasury Secretary in a Sanders administration. (The answer, the staffer claimed, was yes.)

Not long after meeting with Sanders at the end of 2018 to discuss her impending presidential run, Warren hosted an off-the-record dinner with a number of journalists, according to sources with knowledge of it. At the dinner, Warren was asked about her meeting with Sanders, and in the course of the discussion, she relayed that Sanders had warned that he didn’t believe a woman could beat Trump in 2020. Different reporters recalled the comments differently, a mirror image of the dispute between Warren and Sanders over exactly what Sanders said — with Warren saying that Sanders argued a woman couldn’t beat Trump, while Sanders said that he only said Trump would weaponize misogyny against a woman, not that it would work.

This latest twist in the saga suggests Warren could be telling the truth and that CNN could have sourced its story via journalists present at the dinner who broke their off-the-record agreement or others who were told about the meeting after the fact and thus not bound by the agreement. Notably, the original CNN story by M.J Lee did not refer to any Warren aides or campaign officials, but instead cited “two people Warren spoke with directly soon after the encounter, and two people familiar with the meeting.” The latest information also calls into question the claims made by some of CNN’s own pundits, who have effectively accused Warren or her team of leaking the meeting to damage Sanders.

Of course, these new details about the provenance of the story still do not offer corroboration of Warren’s or Sanders’ version of what was actually said. But evidence of a contemporaneous account of the conversation by Warren — as she remembers it — does at least suggest she thought whatever transpired was highly notable at the time and that she did not recently make up the story in an effort to damage Sanders because of her flat poll numbers.