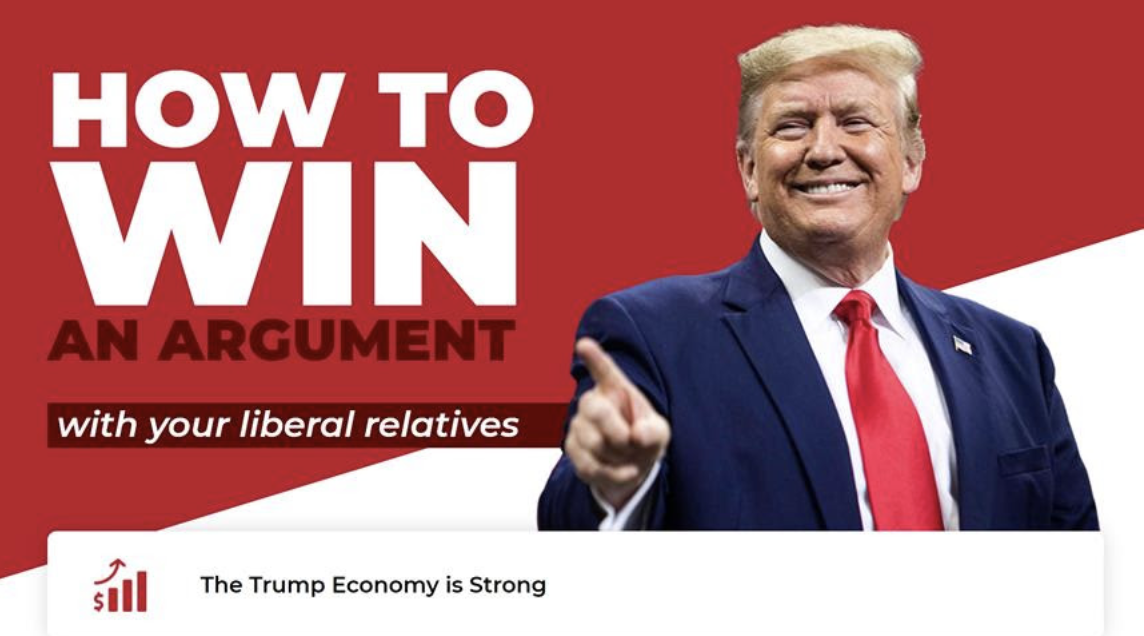 The Trump campaign just launched a website to help supporters win arguments with relatives over the holiday season.

In a Christmas Eve release, the site — dubbed snowflakevictory.com — is a list of Trumpian talking points for supporters to spout over holiday meals and chats with their loved ones.

Each pro-Trump statement is accompanied by a video with additional pro-Trump remarks, such as “We are enjoying the hottest and strongest economy this country has seen in 50 years—and this is due to President Trump’s common-sense, job-creating.”

Kayleigh McEnany, a former CNN contributor and current National Press Secretary for the Trump 2020 campaign, said the goal was to arm Trump supporters for the holiday season.

“We’ve all seen the news articles about liberal snowflakes being afraid to see their MAGA relatives at Christmas or holiday gatherings, so the Trump campaign wants people to be ready,” she said in a statement accompanying the announcement of the site.

She added: “We’re not helping snowflakes avoid arguments – we’re helping Trump supporters win them! As 2019 draws to a close and 2020 approaches, President Trump and Americans are going to be winning, winning, and winning, and then winning some more!”

Impeachment, is, of course, one of the issues addressed in the Trump notes.

“Impeaching President Trump has been all that Democrats can think of since day one; literally the first article about this was printed by the Washington Post 19 minutes after the President was sworn into office,” the site advises before adding, “the Russian hoax blew up in Democrats’ faces, so they had to figure out something else, and they settled on Ukraine.”

The pro-Trump site also suggests supporters say when it comes to talk of Ukraine, “there was no quid pro quo.”