Tulsi Gabbard Threatens to Boycott Next Debate: ‘DNC Are Rigging The Election Again’ 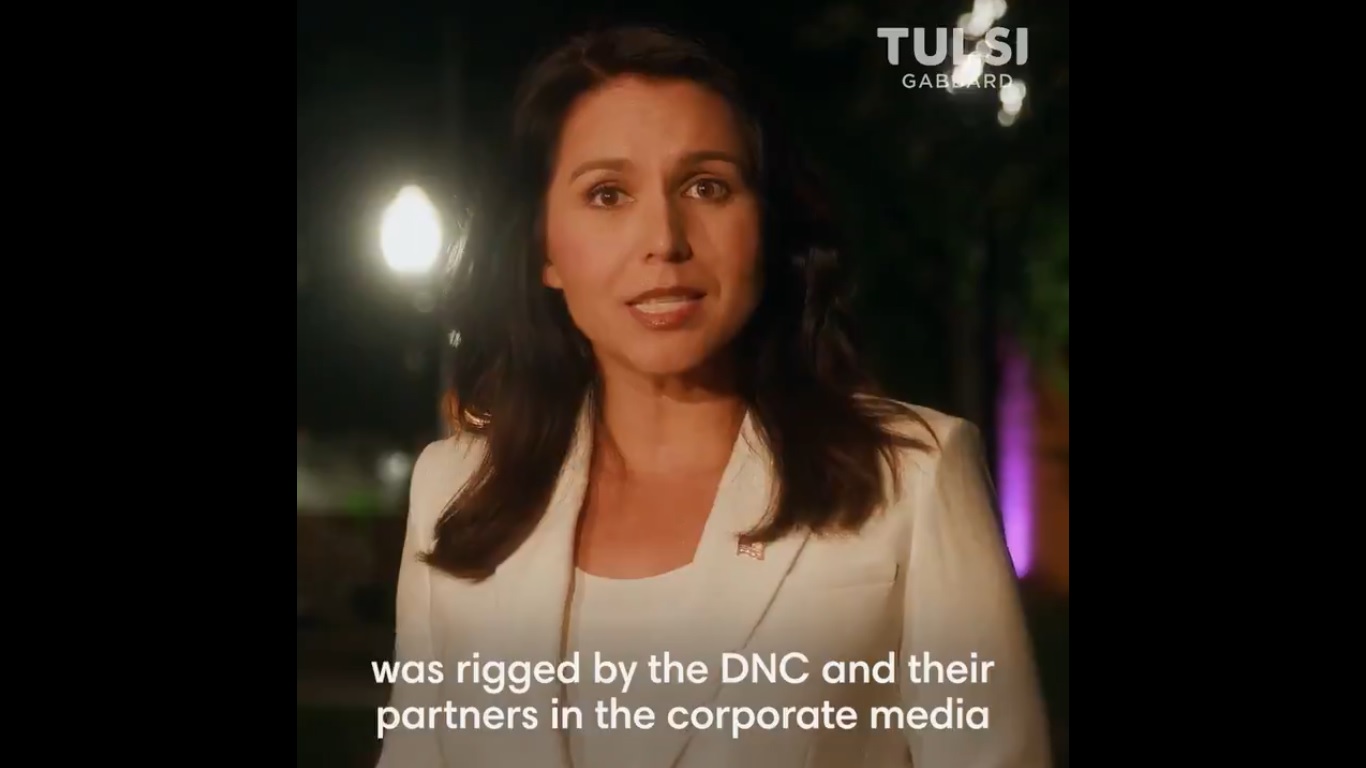 “I need to share something with you that’s very important. There are so many of you who I have had the opportunity to meet in Iowa and New Hampshire who have expressed to me how frustrated you are that the DNC and the corporate media are essentially trying to usurp your role as voters in choosing who our Democratic nominee will be,” Gabbard declared in a video. “I share your concerns, and I’m sure that all of our supporters throughout the country do as well.”

I am seriously considering boycotting October 15 debate to bring attention to DNC/corporate media’s effort to rig 2020 primary. Not against Bernie this time, but against voters in early states Iowa, New Hampshire, South… –> https://t.co/x5P3GFGbyn pic.twitter.com/UgKCj6DGI0

“Now, the 2016 Democratic Primary election was rigged by the DNC and their partners in the corporate media against Bernie Sanders. In this 2020 election, the DNC and the corporate media are rigging the election again, but this time it’s against the American people in the early voting states of Iowa, New Hampshire, South Carolina, and Nevada,” she proclaimed. “They are attempting to replace the roles of voters in the early states using polling and other arbitrary methods which are not transparent or democratic, and they’re holding so-called debates which really are not debates at all, but rather commercialized reality television meant to entertain, rather than to inform or enlighten.”

“In short, the DNC and the corporate media are trying to hijack the entire election process, so in order to bring attention to this serious threat to our democracy, and to ensure that your voice is heard, I’m seriously considering boycotting the next debate on October 15th,” Gabbard concluded. “I’m going to announce my decision within the next few days, but I just want to say with my deepest and warmest Aloha, thank you all again for your support.”