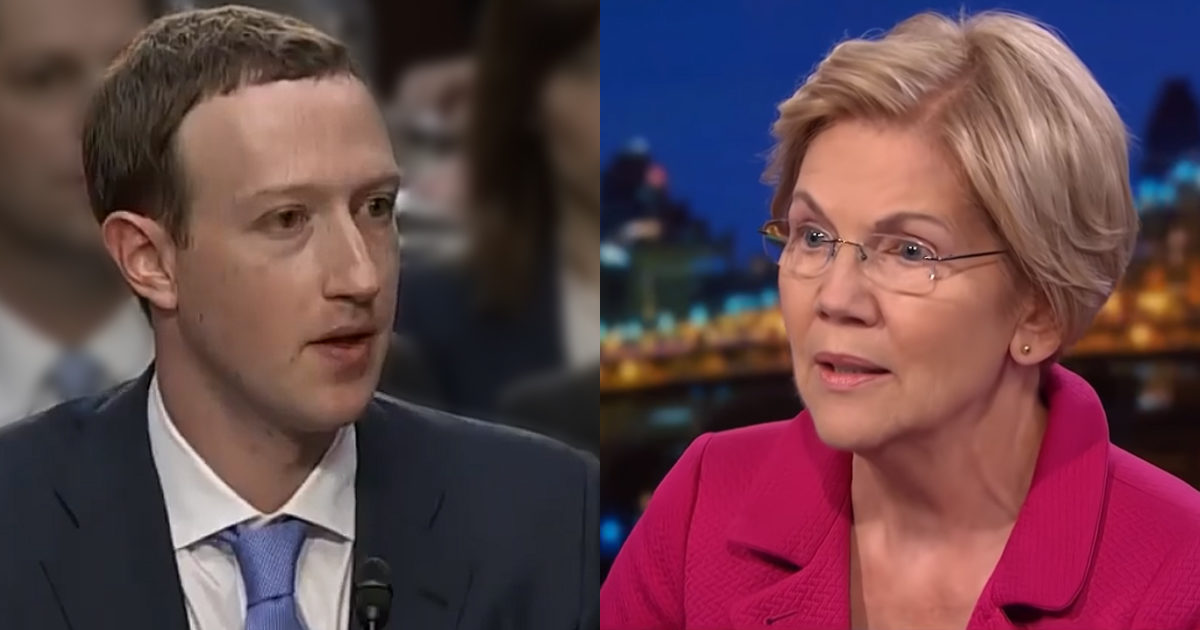 Elizabeth Warren executed a master troll-level move to call out Facebook’s new policy of allowing false statements in campaign ads… by pushing a false statement that Facebook had endorsed Donald Trump for president in her latest campaign ad on Facebook.

In its ad, the Warren camp leads off with the lie about the Facebook endorsement of Trump after a deceptive  “Breaking news” leader.

“You’re probably shocked, and you might be thinking. “how could this possible be true?” the ad then notes.

The campaign then directly calls out Facebook CEO Mark Zuckerberg for changing his company’s ad policy, which has “given Donald Trump free rein to lie on his platform — and then to pay Facebook gobs of money to push out their lies to American voters.

“Now they’re deliberately allowing a candidate to intentionally lie to the American people. It’s time to hold Mark Zuckerberg accountable,” the ad concludes, before soliciting readers to “agree” by giving the Warren campaign their personal info.