Who is Winning Iowa in 2020 Election? Live Polls 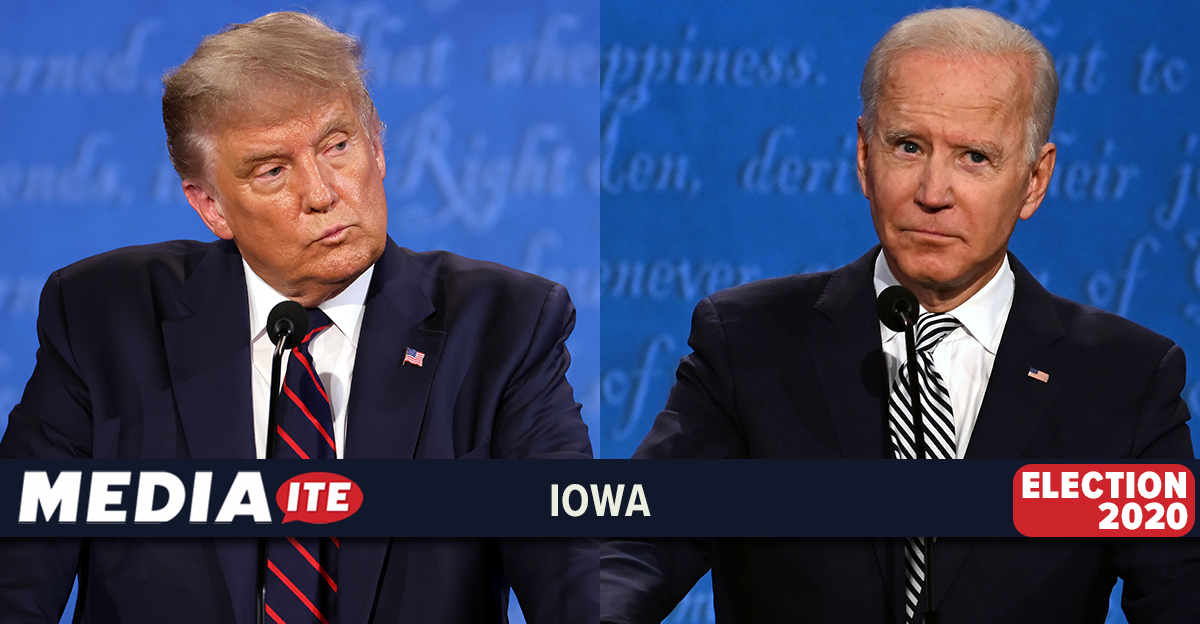 President Donald Trump is projected to win the state of Iowa, according to Fox News.

As of Monday, the RealClearPolitics average of the most recent polls show Iowa as a toss-up, with a slight edge of +1.4 points to Trump over Democratic challenger Joe Biden.

Iowa has 6 electoral college votes. It is especially important for President Donald Trump to pick up the votes here for a victory, as he trails Biden in a number of states he won in 2016.

In the Senate and House races, Iowa has, in recent years at least, been considered a Republican lean, but FiveThirtyEight has forecasted a victory for the Democratic challenger to Senator Joni Ernst (R) for much of October. That all changed in November, and as of Monday the forecast predicted a 58% chance of a win for Ernst against Theresa Greenfield.